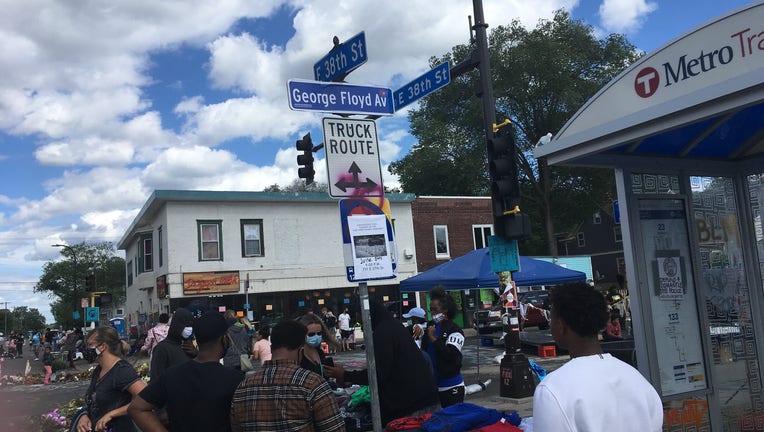 A George Floyd Ave. sign was unofficially installed at 38th and Chicago Avenue.

MINNEAPOLIS (FOX 9) - An unofficial “George Floyd Avenue” sign has been put up at 38th and Chicago Avenue in Minneapolis, but the city of Minneapolis says it did not install it.

A city of Minneapolis spokesperson said city staff are preparing for the possibility of a name change after a petition to officially change Chicago Avenue to George Floyd Avenue gained thousands of signatures last week. As of Wednesday evening, more than 23,000 people had signed the petition.

A petition is calling for the street on which George Floyd died in Minneapolis to be renamed in his honor.

Any official name change would have to be considered and approved by the City Council.

The Change.org petition was organized by a group called the Coalition for Justice, Peace and Love. The group was founded by Lydia Marie Moses, Alfonso Williams, Reginald Ferguson, Elizabeth Faison, Tyrone Reynolds, and Ming-Jinn Tong. It is organized under supportthecities.org.