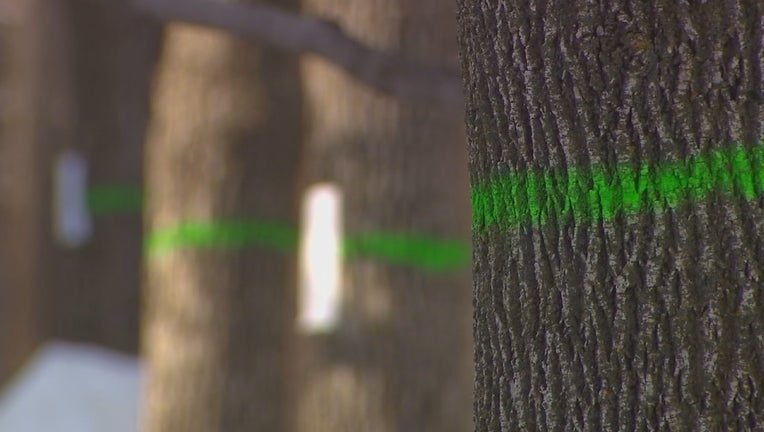 Boulevard ash trees infested with the emerald ash borer are marked in green to be removed. (FOX 9)

MINNEAPOLIS (FOX 9) - Researchers at the University of Minnesota may have identified a way to slow the spread of the emerald ash borer, an invasive insect that is responsible for killing millions of ash trees in the United States.

A recent study by the University of Minnesota's Minnesota Invasive Terrestrial Plants and Pests Center used DNA sequencing to identify various fungi found in trees. Researchers learned some of the fungi would attack the emerald ash borers and other insects -- while some also could consequently lead to tree decay in some trees.

Now, researchers hope further studies can help researchers find a way to use the fungi as a form of biocontrol to stop the beetles.

The university says there are nearly 1 billion ash trees across Minnesota alone. Just this past winter, the City of St. Paul announced it would be forced to remove thousands of ash trees due to emerald ash borer infestations.