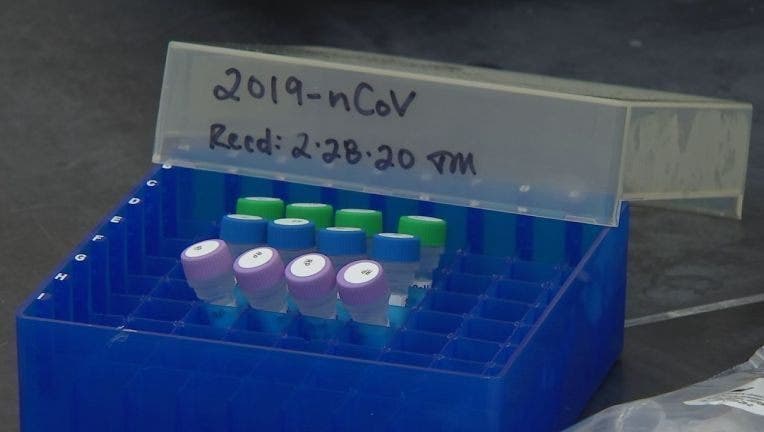 MINNEAPOLIS (FOX 9) - The University of Minnesota is asking the Minnesota Legislature for $20 million to implement a COVID-19 testing plan.

The U of M has already invented a Polymerase Chain Reaction test and a test for antibodies in patients’ blood, but now the University is looking to conduct 10,000 of each of those tests per day across the state.

Together, the tests will identify Minnesotans who have COVID-19, who previously had COVID-19 and who remain at risk for contracting COVID-19.

To do so, the University says it needs $20 million in funding authorized by the Minnesota Legislature.

Health officials agree that one of the only ways to reopen the state economy is by testing Minnesotans for COVID-19 and the University says its testing proposal is aimed at doing so.

Additionally, the University says the tests will be developed outside of the existing medical supply chain so as not to overwork international testing demand.

The University said it plans to use its own M Health Fairview network, its partnership with Essentia in northern Minnesota and its collaborations with the Red Lake Nation and other tribal communities to administer the testing.

“The governor himself has acknowledged that widespread testing, especially serological testing, is one of the keys to re-opening the economy and getting us through this pandemic,” said Sen. Nelson. “But those tests don’t just spring up out of nowhere; grants to help experts work on these new testing capabilities will be instrumental. I’ve said it before, but institutions like the Mayo Clinic and University of Minnesota will lead us out of this, and this round of grant funding will give them – and any other medical facility – the resources to get it done faster.”