Some people have skeletons in their closet. Brian Carr has them all over his front yard.

MINNEAPOLIS (FOX 9) - Some people have skeletons in their closet. Brian Carr has them all over his front yard.

"One thing I like about Halloween is you really have an opportunity to flex some creative muscle," said Carr.

"A lot of people will stop and say thank you for doing it and to be completely honest, I do it entirely for myself."

For Carr, Halloween is no joke.

"For me, this is the highlight of the Halloween season is playing with dolls in my yard," said Carr. 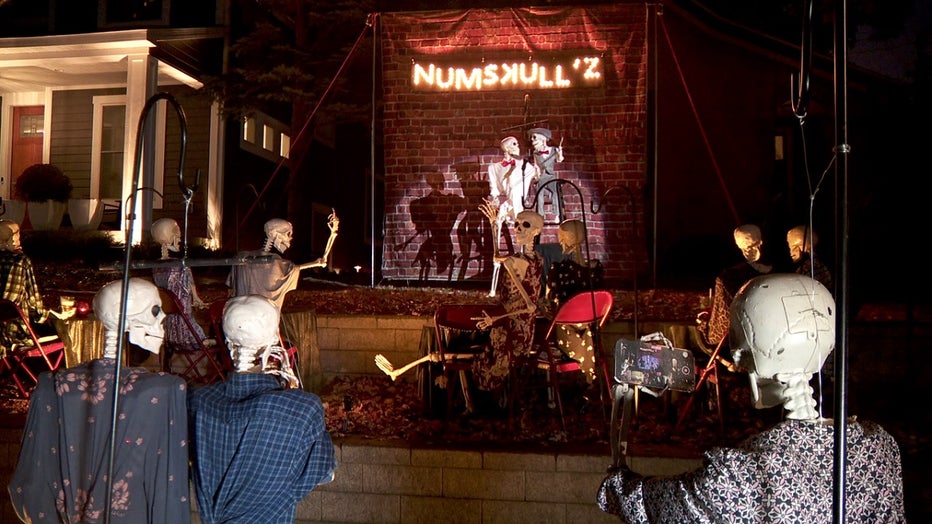 "Numskullz" is a hot spot for skeletons in Minneapolis. (FOX 9)

He used 29 skeletons to create a Halloween display of a comedy club in his front yard in the 4100 block of Chowen Avenue South, complete with a mic stand and spotlight, a bouncer checking IDs, and customers sitting and standing, enjoying the show.

The goal is for it to be a moment captured in time," said Carr.

This is the 4th year in a row, Carr and his wife have put on an elaborate scene for All Hallows Eve.

Last year, their skeleton crew re-enacted a high school dance, while the theme the year before was a college party. 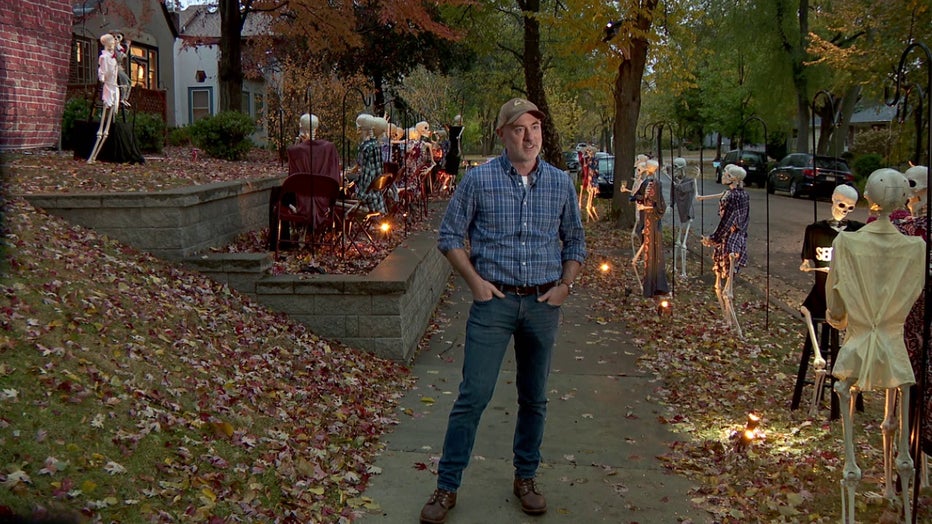 Brian Carr has set up a great display in his front yard in Minneapolis for Halloween. (FOX 9)

This year, like years past, the devil is in the details, like a real-looking driver's license, a cell phone videotaping the action, and drinks made of resin to make the display come to life.

"Everybody else kind of takes care of the scary. We have the funny. That's kind of what we're known for," said Viva Carr.

Numskullz went up about a week ago and will come down on Halloween.

In the meantime, the Carrs make no bones about getting the last laugh during this spooky season.

"I think I'm stuck now. God forbid a year comes when I just feel like putting out a pumpkin. I'd be run out of town," said Brian Carr.