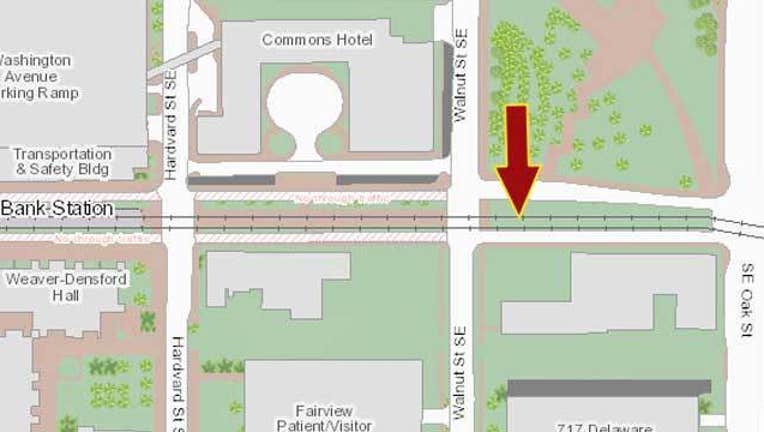 A University of Minnesota student was robbed at knife point late Monday night, May 25, after using an ATM in the Stadium Village area. The suspect fled the scene on a Green Line light rail train that was headed toward St. Paul.

According to a University of Minnesota crime alert, the victim was walking near the intersection of Walnut Street SE and Washington Avenue SE at about 11:30 p.m. when she was approached from behind by a man asking for directions. The suspect then pulled out an 8-inch kitchen knife and threatened to harm her if she screamed. The victim handed over the cash she had just withdrawn, and believes the suspect followed her to the ATM.

Investigators are reviewing surveillance video that shows the suspect boarding an eastbound Green Line train at the East Bank station.

Police have not yet identified the suspect. Anyone with information is asked to call the Minneapolis Police Tip Line at 612-692-8477 and reference case number MP-15-188945.

Suspect description released by University of Minnesota: Black man with a dark complexion, 20 to 25 years old, with brown hair and brown eyes. 6'0 to 6'3 with a thin build, and wearing a dark green t-shirt and shorts at the time of the robbery.