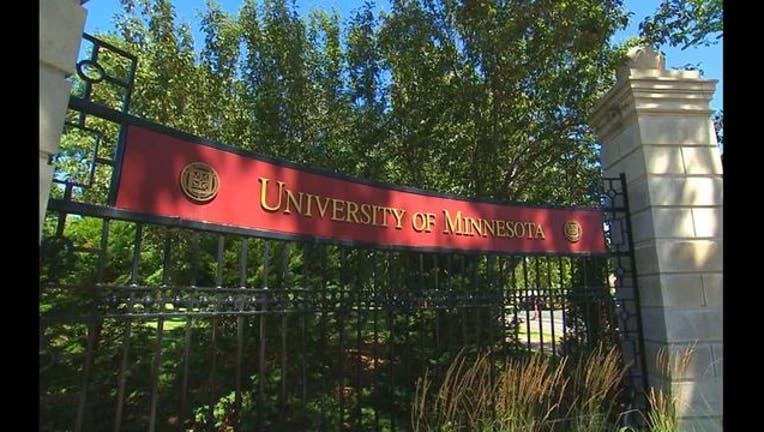 MINNEAPOLIS (KMSP) - The University of Minnesota has issued a crime alert after 2 robberies near campus. This is the third crime alert from U of M police since the start of the fall semester.

Sunday, September 27 at 2:40 a.m. - A University of Minnesota student was approached by 4 suspects near the intersection of 11th Avenue SE and 5th Street SE. The student was pushed to the ground and robbed of his messenger bag, which contained a laptop computer. The victim was not injured, and did not see the direction the suspects fled.

Monday, September 28 at 12:25 a.m. - A woman, who is not affiliated with the University of Minnesota, got into an argument with 2 suspects who were in a black, 4-door Cadillac sedan at the intersection of 14th Avenue SE and 6th Street SE. As the victim walked away, the suspects got out of the car and assaulted and robbed her. The victim was not seriously injured.

Anyone with information on these crimes is asked to call the Minneapolis Police Tip Line at 612-692-8477.