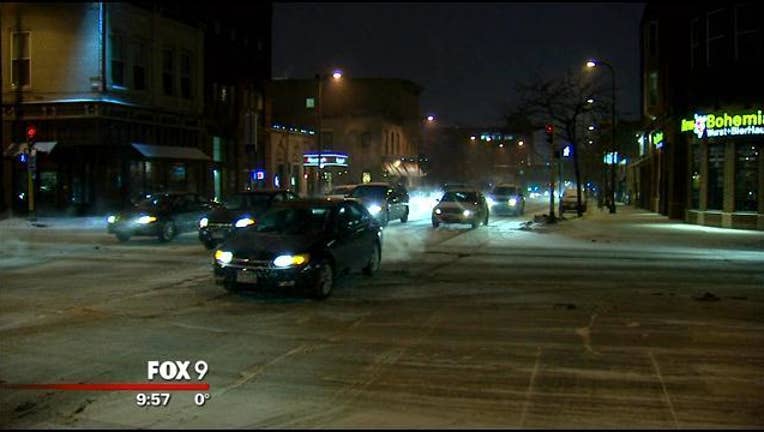 On a snowy night in downtown Minneapolis, traffic lights are hard to miss, and as a number of local drivers have learned they're certainly not cheap.

"The most frequently occurring incidents in which someone owes a debt to the city occurs when someone has a vehicular accident with city property being either a traffic signal or city vehicle," Sandy Christensen with the City of Minneapolis said.

Monique Banks, 34 and 29-year-old Daniel Troumbly racked up $14,000 and $11,000 dollars in tickets, respectively, after the city says they damaged traffic lights and struck a city vehicle, but it's a debt they'll never have to pay. A lack of insurance combined with no real assets led the city to write off their debt this past December.

"So in these particular instances, we have already accounted for the non-payment of these bills and relieved ourselves of the obligation to collect on them," Christensen said.

It's a rare move the city says happens only in the most extreme cases.

Both Banks and Troumbly have a criminal history. In 2010, Banks was arrested for allegedly making counterfeit money, and in 2008, Troumbly was arrested on drug charges.

Forgiveness is certainly not a word many in Minneapolis have heard when it comes to outstanding debt, but for the city, it's less about sentiment and mostly about reality.

"We are able to collect on approximately 99 percent of all the claims we have against individuals in this city, so we are pretty fortunate in our ability to collect against those that have obligations to the city," Christensen said.