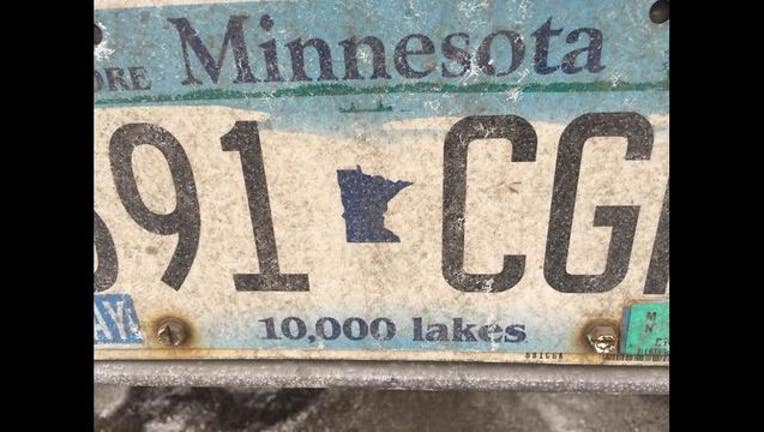 Last month, we told you about license plate thefts being on the rise in the Twin Cities.

Yesterday, Fox 9 heard from a Twin Cities man who became the quintessential victim of that type of crime.

Joshua Warren tells us that somewhere around February 20, he noticed that the front license plate on his vehicle had gone missing. He simply assumed it had fallen off.

But a few days later, Warren got a letter in the mail from the Minnesota Petroleum Marketers Association that had this header in red ink and in full caps: "NOTICE AND DEMAND OF PAYMENT FOR MOTOR FUEL."

The letter informs Warren his license plate, affixed to a silver Chevy Impala, was used in a drive-off at a Holiday station in New Hope at 5:10 p.m. on February 24 involving $27.81 in fuel.

"The enclosed drive off report is verification that a vehicle with the license plate number as recorded drove off from the business named without paying for the fuel dispensed into the vehicle," the letter says. "MPMA knows that a drive-off can be unintentional, and is giving you the benefit of the doubt. MPMA is willing to collect the price of the fuel and a $15.00 service charge, instead of the full amount of the service charge, if payment is remitted in full within 30 days of this letter."

Warren says he was "completely surprised" when he received the notice. He got in touch with law enforcement, explained what happened, filed a police report, and was able to get the fee waived.

He's since gotten his own license plate number changed as well.

Crime prevention experts says one way to prevent license plate thefts is to use torx security screws to affix plates to your vehicle. Those screws are much harder to remove than standard ones.

Warren, for his part, says he plans to at least look into upgrading his screws in hopes he isn't victimized a second time.