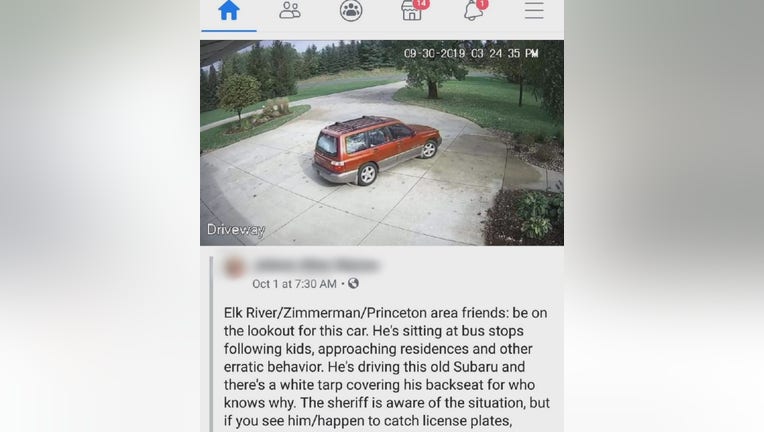 A Twin Cities lawyer is helping a man who was falsely accused of crimes in a Facebook post.

(FOX 9) - According to a Twin Cities defamation lawyer, someone who is falsely accused of a crime via a post on social media can sue for defamation even if the person who made the post had good intentions.

Phil Villaume, an attorney at law with Villaume and Schiek says he’s seen an uptick in cases of people posting on social media sites accusing people of committing crimes.

How accusing people of crimes on Facebook can get you sued

According to a Twin Cities defamation lawyer, someone who is falsely accused of a crime via a post on social media can sue for defamation even if the person who made the post had good intentions.

Villaume says even if the person who makes the post has good intentions and misinterpreted the situation, they could be liable for defamation in a civil case.

“As long as it’s a false statement made to a third person, that harms reputation, both in the community and in business, you don’t need intent,” Villaume said.

The advice he gives to clients who come to him after they’ve been accused of a crime on social media is either: file a cease and desist order to the poster, file a restraining order or file a civil lawsuit. He says businesses or individuals who pursue a defamation case could win civil lawsuit settlements of more than $100,000.

Villaume says people shouldn’t accuse people of crimes on social media sites unless they are sure a crime was actually committed. He says people should err on the side of caution and avoid posting things that could be considered defamatory.

A Brooklyn Park man says he was suspended for two days at the landscaping company he works at after someone posted on Facebook accusing him of following kids getting off the bus.

“My concern when I did finally see it was my life. I mean you have to think about the allegation. It’s serious,” David Prather said.

Back in September Prather was working in the Zimmerman/Elk River area visiting clients’ properties. He said his wife later sent him a post showing his car in a driveway accusing him of following kids off of the bus and other suspicious behavior.

Prather said he and his wife found posts about him in several different community groups in the area. They said the posts were made by different people who were using information they saw on social media to make their own posts about him.

One of those posts claimed Prather was “sitting at bus stops, following kids, approaching residences and other erratic behavior.”

“To take such a heinous act on another human being without proof whatsoever it’s crazy. That’s what I think about it. I can’t wrap my head around why someone would do that,” Prather said.

One woman who made a post about Prather - based on someone else’s post - in a Zimmerman Facebook group later posted a public apology saying she was sorry for sharing something she didn’t have all of the information on.

Prather is still hoping the person who originally put the information out on Facebook issues a public apology. He hopes people learn from his experience and think before making accusations about people on Facebook.

“Someone is out here defaming someone’s character,” Prather said. “You’re putting a tag on that individual making people believe this guy is out here trolling kids.”

Prather still works for the landscaping company and was suspended with pay while they investigated the accusations. He said he was told this was company policy.

A representative from the Sherburne County Sheriff’s Office tells FOX 9 they didn’t have any information on anyone calling police to report a suspicious vehicle.