Computer modeling is offering best, and worst case, scenarios for the Twin Cities when it comes to COVID-19 and its impact on the regional health care system.&nbsp;

(FOX 9) - Computer modeling is offering best and worst case scenarios for the Twin Cities when it comes to COVID-19 and its impact on the regional health care system.

“What would be really bad is if everyone got this at the same time,” said Dr. Jeffrey Ho, medical director for Hennepin Emergency Medical Services (EMS).

It’s estimated hospitals in the Twin Cities metro have 5,000 acute care beds, but only 550 ICU beds, and only 450 ventilators, according to the Metro Health Preparedness Coalition.

New computer modeling from scientists at the Harvard Global Health Institute, lays out best and worst case scenarios for cities across the country based on assumptions about the rate of spread of coronavirus and its duration.

The Twin Cities metropolitan area has 3.4 million people, and 14 percent of the population is older than 65, a higher risk demographic.

With a moderate outbreak of 40 percent of the population infected over the course of 12 months, approximately 214,000 adults would require hospitalization, according to the analysis.

The Harvard researchers estimate that would be nearly three times the current hospital bed capacity in the Twin Cities, and more than six times the ICU bed capacity.

Every epidemiological model makes certain assumptions about the spread of the disease. Harvard researchers assume 8 percent of those infected would require hospitalization. Research presented to the American Hospital Association calculated 5 percent hospitalization.

British researchers have also calculated models showing aggressive and early intervention through social distancing and the closing of schools and universities can dramatically reduce the number of new infections and spread out the curve of new cases.

That public health approach, known a “Flattening the Curve,” might give hospitals a chance to manage the flow and effectively triage resources.

Even during a normal flu season, hospitals operate at the thinnest of margins. Years of cost cutting have reduced excess capacity.

Mechanical ventilators in hospital can cost nearly $50,000 and require trained personnel to operate.

In Italy and Spain doctors have been forced to ration ventilators, deciding who will live and who will die.

“Italy did not do social distancing, and other countries did, and they were able to flatten this curve,” said Marty Scheerer, chief of Hennepin EMS.

Specifically, for ventilators there’s a formula for assessing patients based on their organ function, their medical need, and their potential for recovery. 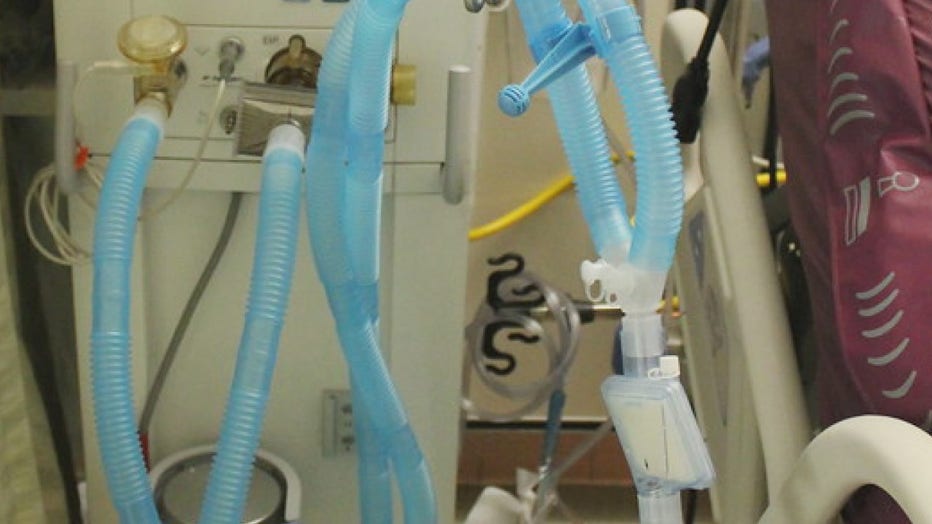 A ventilator at a hospital. Machines like this may be the key to keeping alive critical COVID-19 patients, but some models say there may not be enough to go around.

In the worst case scenario, which it defines as a crisis, the “resource (ventilator) will be reallocated,” if there is a “poor prognosis based on the epidemiology of the disease, like pandemic or influenza.”

“We have a tremendous number of ventilators,” said President Donald Trump at a Tuesday morning news conference, in reference to the Strategic National Stockpile (SNS). But the SNS only has an inventory of 9,000 to 12,000 ventilators, and there may be a greater need elsewhere.

State and federal health officials have been reluctant to share precise numbers of resources.

“We know we don’t have an infinite number of resources and we want to be below that,” said Dr. Ho.