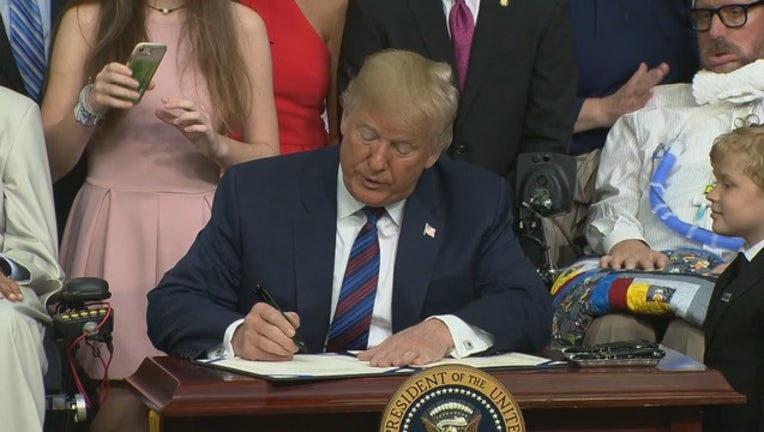 The President says he believes the new law will provide hope and save lives. The bill cleared the House last week despite concerns from Democrats that the measure could be dangerous and might give patients false hope.

“Thousands of terminally ill Americans will have the help, the hope, and the fighting chance -- and I think it’s going to be better than chance -- that they will be cured," said President Trump at the signing.

Minnesota State Representative Nick Zerwas (R-Elk River) was among those in attendance at Wednesday’s signing. He was the chief author of Minnesota's “Right to Try” law in 2015. Zerwas had experimental surgery when he was seven to help with his heart defect.

“That was 30 years ago now, when I authored the bill, I knew that I had had my shot for a miracle and I think every Minnesotan and now every American should have their shot for their miracle,” said Zerwas.