Trump: Houses of worship to be deemed ‘essential’

President Donald Trump said he is correcting an injustice as he unveiled new guidance for reopening churches and other houses of worship during an announcement Friday afternoon at the White House.

WASHINGTON - President Donald Trump said Friday that he has deemed churches and other houses of worship “essential" and called on governors across the country to allow them to reopen this weekend despite the threat of spreading the coronavirus.

“Today I’m identifying houses of worship — churches, synagogues and mosques — as essential places that provide essential services," Trump said during a hastily arranged press conference at the White House, where he didn't take questions. He said if governors don’t abide by his request, he will “override” them, though it’s unclear what authority he has to do so.

The Centers for Disease Control and Prevention had prepared a draft of reopening guidelines for churches and other houses of worship weeks ago that included measures like maintaining distance between parishioners and limiting the size of gatherings.

But that guidance had been delayed for more than a month by the administration until Trump abruptly changed course Thursday.

“I said, ‘You better put it out.’ And they’re doing it,” Trump said Thursday at a Ford Motor Co. plant repurposed to make ventilators in Michigan. “And they’re going to be issuing something today or tomorrow on churches. We've got to get our churches open.” 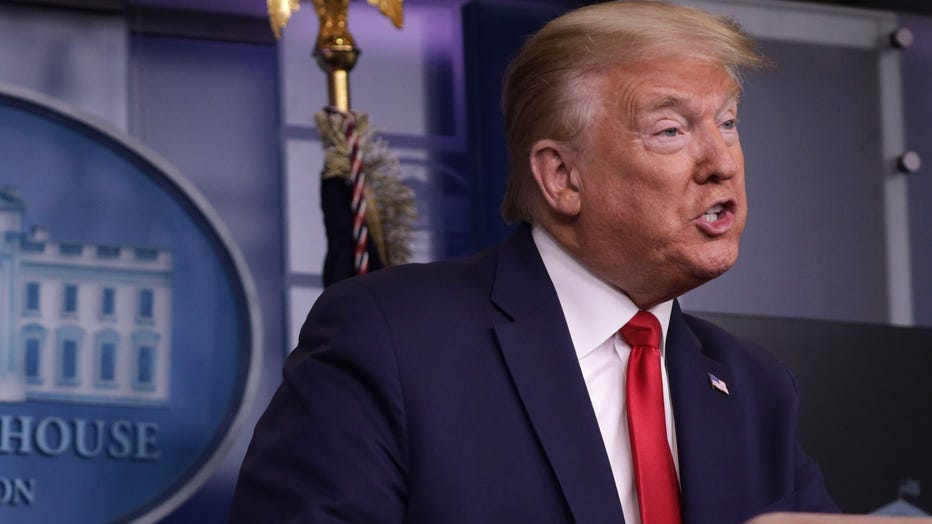 President Donald Trump makes a statement in the briefing room at the White House on May 22, 2020 in Washington, D.C. (Photo by Alex Wong/Getty Images)

Trump on Friday stressed the importance of churches in many communities and took issue with some of the businesses that had been allowed to reopen.

“Some governors have deemed liquor stores and abortion clinics as essential” but not churches, he said. “It’s not right. So I’m correcting this injustice and calling houses of worship essential.”

“These are places that hold our society together and keep our people united. The people are demanding to go to church and synagogue, go to their mosque," he said.

The CDC shared information this week on the reported high rate of COVID-19 transmission among attendees at church events, stating that two people who attended church gatherings in Arkansas in early March and later tested positive for the virus resulted in 35 others contracting the disease and three deaths.