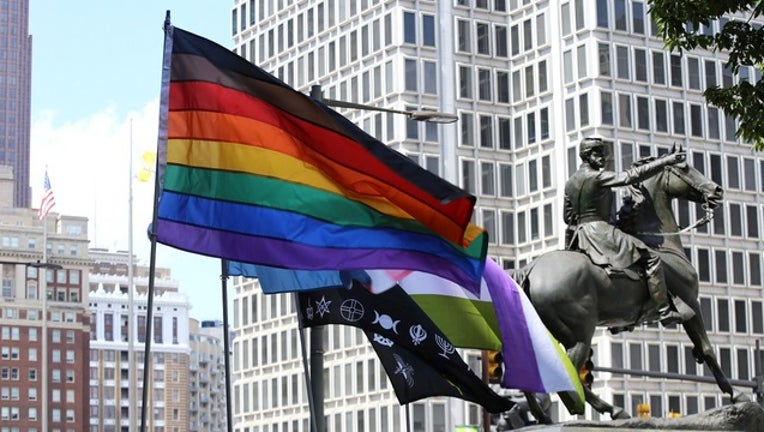 FOX NEWS - The Trump administration has reportedly rejected requests from U.S. embassies to fly the rainbow pride flag on embassy flagpoles during LGBT Pride month -- an apparent reversal of a practice during the Obama administration.

NBC News first reported that embassies in Israel, Germany, Brazil and Latvia are among those that were denied permission to fly the rainbow flag on embassy flagpoles. The outlet reported that the flag can and is being flown inside embassies and on exterior walls.

The Obama administration granted blanket approval to fly the flag on outside flagpoles, the outlet reported, but State Department policy is that embassies are expected to ask for permission from Washington.

The State Department did not respond to a request for comment from Fox News.

The report comes just over a week since President Trump tweeted his own recognition of Pride month and noted that the administration has launched a campaign to decriminalize homosexuality worldwide.

“As we celebrate LGBT Pride Month and recognize the outstanding contributions LGBT people have made to our great Nation, let us also stand in solidarity with the many LGBT people who live in dozens of countries worldwide that punish, imprison, or even execute individuals on the basis of their sexual orientation,” he tweeted.

The German embassy, one of those that reportedly applied for permission, is headed by Ambassador Richard Grenell, the most senior openly gay person in the Trump administration.

"The president's recognition of Pride Month and his tweet encouraging our decriminalization campaign gives me even more pride to once again march in the Berlin Pride parade, hang a huge banner on the side of the Embassy recognizing our pride, host multiple events at the Embassy and the residence, and fly the gay pride flag," Grenell told NBC News.

ABC News reported that Secretary of State Mike Pompeo did not approve an official cable normally approved with guidance on how to mark LGBT Pride month and International Day Against Homophobia and Transphobia.

As a result, embassies and consulates could mark both events however they wished, but it still required them to reach out to Washington for approval for the flag to be raised on the flagpole.