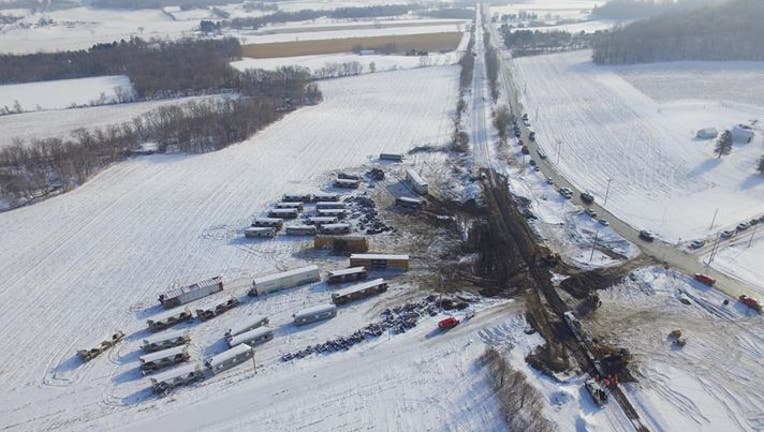 Union Pacific officials say there were no injuries caused by the derailment on the tracks near 190th Street just outside of Knapp, Wisconsin. Photos posted online showed train cars stacked on top of each other.

Firefighters with the Menomonie Fire Department said crews were called to the scene around 4 p.m. for the derailment but had cleared the scene by 6:30 p.m.

Officials said about 18 cars went off the tracks, but firefighters said they weren't aware of any major leaks caused by the crash.

Authorities have shut down Highway 12 in western Wisconsin after a train derailed&nbsp;Sunday afternoon.

Union Pacific investigators have now taken control of the scene and will review the circumstances of what caused Sunday's derailment.

Deputies are asking drivers to avoid the area for the time being. The road is expected to be closed until at least late Monday afternoon.