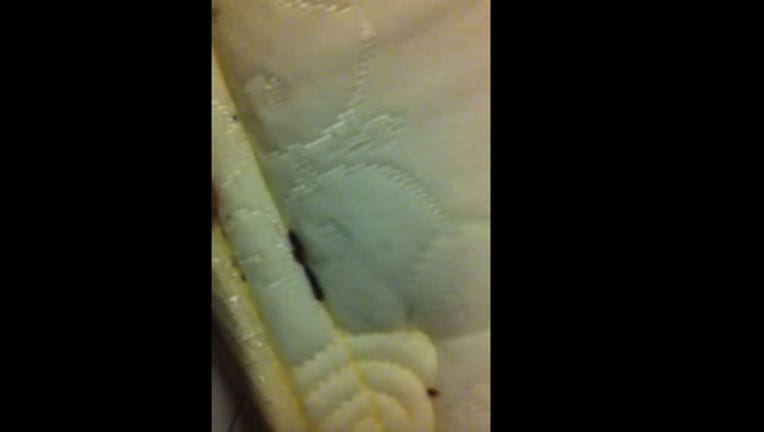 NEW YORK (FOX 5 NY) - A man from California posted video to YouTube of what appears to be a bedbug infestation in the mattress he and his girlfriend slept in the night before at a hotel in New York City.

The tourists were moved to three rooms on Dec. 31 at the Astor on the Park Hotel on the Upper West Side after power and heat problems.

But it was the last room that was the final straw.

The video shows bedbugs numbering in the dozens.

"It came from this bed. They are all over her body," the man is heard saying.

He flips the mattress over to reveal bugs "the size of your pink nail."

"I don't have time to show you them all. This is Manhattan. Look at these. I hope this video makes it to court and this place gets what it deserves."

The video ends after the girlfriend shows her arms and stomach which appear to be covered in a rash.