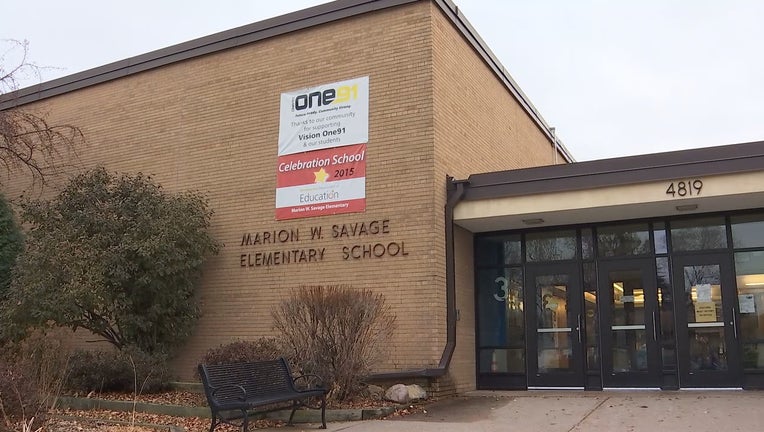 BURNSVILLE, Minn. (FOX 9) - Three schools could be closing their doors in school District 191, which covers parts of Eagan, Burnsville and Savage. Declining enrollment and low funding are forcing administrators to make tough decisions on how to keep the district afloat.

Parents of children who attend Sioux Elementary School in Burnsville gathered together Tuesday evening to grasp on to any hope that the school will still be around next year. The elementary school is one of three named by District 191 to close.

Three schools could be closing their doors in school District 191, which covers parts of Eagan, Burnsville and Savage. Declining enrollment and low funding are forcing administrators to make tough decisions on how to keep the district afloat.

“I love the teachers at both of the schools and I’m heartbroken because I know how great they are and I know they are making an impact on the kids that they teach,” said Jessica McMahon, a District 191 Parent.

McMahon has a child at Sioux Trail and one at Metcalf Middle School, which also is facing closure. Both schools are located in the northwest part of Burnsville. McMahon, along with other parents, feels like this neighborhood is being unfairly targeted.

“Two close, two really important schools within all of northwest Burnsville will be affected by this and I think it will be disproportionate,” said Anne Sand, a District 191 parent.

Discussions to close the two schools in Burnsville and M.W. Savage Elementary started months ago after an outside consultant recommended the move to save money. The review found eight schools operate significantly under capacity.

“Since the ’13-’14 school year we’ve lost almost a 1,000 students,” said Dr. Theresa Battle, the superintendent of District 191. “We also have residents that are choosing to leave the district—about 1500 students.”

“It’s very hard to know that things are going to be very different for next year,” said Becky Josephs, a District 191 parent.

Josephs has two children at Metcalf Middle School. She has remained loyal to the district when other families have opted out and is now concerned about those consequences.

“I felt betrayed,” said Josephs. “I’ve been a big supporter of this district always have wanted to keep my kids in this district even though not everyone around here does."

A public hearing required by state law is scheduled for December 4. Then, then the Board of Education will take a final vote on December 12.