A website called Dorian People Search Bahamas is allowing victims to list their missing loved ones. Thousands of people have been listed as missing in the Bahamas after Hurricane Dorian pummeled the island nation.

ABACO ISLANDS, Bahamas - Thousands of people have been listed as missing in the Bahamas after Hurricane Dorian pummeled the island nation, while the death toll rose to 30 on Thursday and could be “significantly higher.”

A website called Dorian People Search Bahamas is allowing victims to list their missing loved ones. By Thursday, more than 6,500 people have been listed as “status unknown,” according to the Washington Post.

The site’s founder Vanessa Pritchard-Ansell told the paper that Facebook groups of worried people searching for their friends and family had grown so numerous and unwieldy that it made finding names of missing people difficult to navigate. A Google Docs spreadsheet had grown to 40 pages, she said.

“Each of those Facebook pages had a purpose, people asking for information about their loved ones,” Pritchard-Ansell said. “My concern was that the purpose would get lost.”

Pritchard-Ansell said she is working with the U.S. and Canadian embassies to cross-check names with citizens of those countries. 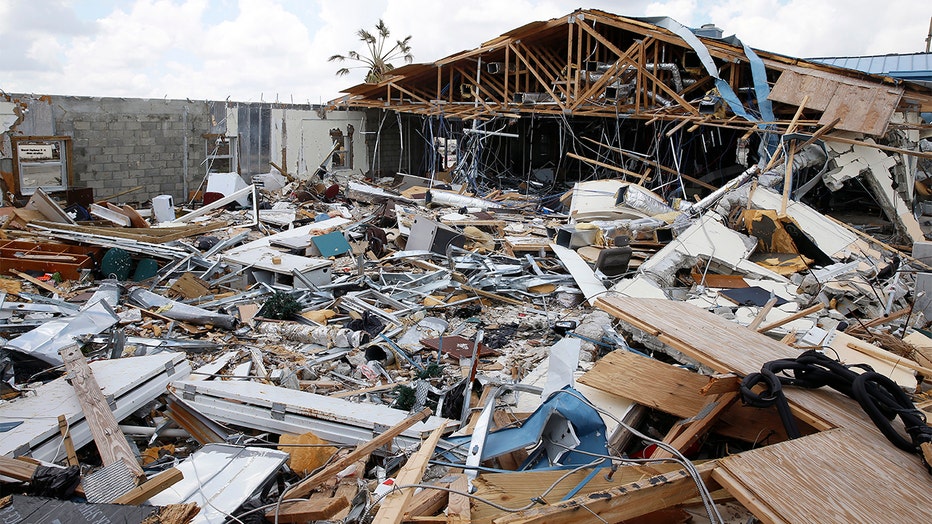 View of a destroyed building at the Marsh Harbor Port in Grand Abaco Island on September 6, 2019 in the Bahamas. Hurricane Dorian hit the island chain as a category 5 storm battering them for two days before moving north. (Photo by Jose Jimenez/Getty

She said she also has an international team of volunteers to aid in the search efforts.

“I know this kind of thing has been done before,” she said. “A guy from Spain reached out to me, and he had done something like this for a different hurricane, so it all came together.”

Dorian People Search Bahamas asks for the missing person’s name, area and additional information, including where or when the person was last seen.

Under the “Person’s Status” field, there is a drop-down menu that includes “Status Unknown,” “Status Known,” “Needs Evacuation” and “Critical Evaluation.”

Only a few missing people on the website are in the “Status Known” category, the Post reported.

“When you see that somebody has been found and their family knows where they are, you feel a moment of elation,” Pritchard-Ansell said. “But you also know that there are so many thousands of others who have not been accounted for.”

Hurricane Dorian wreaked havoc on the Bahamas, where more than 30 people have been killed. The death toll could be “significantly higher,” Bahamian health minister Duane Sands said Thursday night.

The victims are from Abaco and Grand Bahama islands and include some who had been injured and flown to New Providence island, Sands said.

The hurricane hit Abaco on Sunday and then hovered over Grand Bahama for a day and a half.