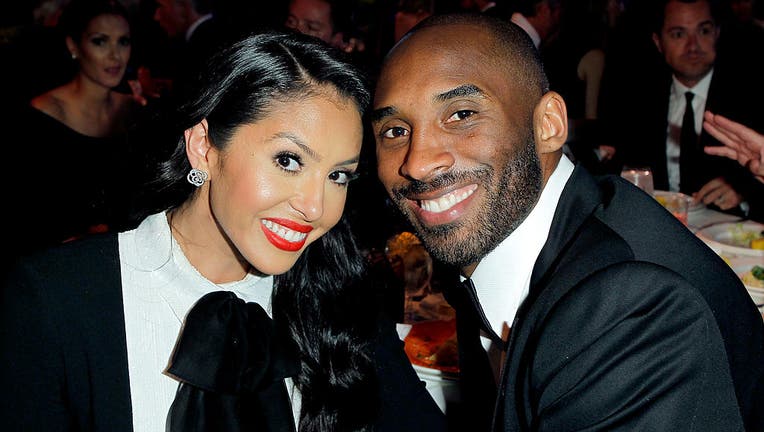 LOS ANGELES - Nearly 14 months after losing her husband and 13-year-old daughter in an unspeakable tragedy, Vanessa Bryant is speaking out and shares how she found "light in the darkness" in an exclusive interview with People Magazine.

Bryant, who has maintained to live a relatively private life, gave the emotional interview in the magazine’s Women Changing the World issue that’s set to be released on Friday, March 5. The issue also pays homage to activists, innovators, and role models making a difference.

The 38-year-old widow of the Los Angeles Lakers legend expressed how she’s been trying to navigate heartache while trying to rebuild a life for herself and three daughters.

RELATED: One Year Later: Honoring the 9 victims of the Calabasas helicopter crash

"Lying in bed crying isn’t going to change the fact that my family will never be the same again," she said. "But getting out of bed and pushing forward is going to make the day better for my girls and for me. So that’s what I do."

Kobe Bryant was killed when the helicopter carrying him, his 13-year-old daughter and seven others crashed into a mountainside in Calabasas, California, while flying to a girls basketball tournament at his Mamba Sports Academy on Jan. 26, 2020.

Vanessa Bryant said her devotion to her daughters Natalia, Bianka and Capri have been a saving grace.
"My girls help me smile through the pain," she said. "They give me strength."

On the magazine cover, Vanessa Bryant sports a Lakers jacket with Kobe’s No. 24 on the right sleeve.
Vanessa Bryant said she wants to honor her husband and daughter’s legacy by creating opportunities for young female athletes.

• 'He was like Hercules to me': Girl, 12, wants to continue Kobe and Gianna Bryant's legacy

Bryant felt compelled to follow through on the vision her husband long championed.