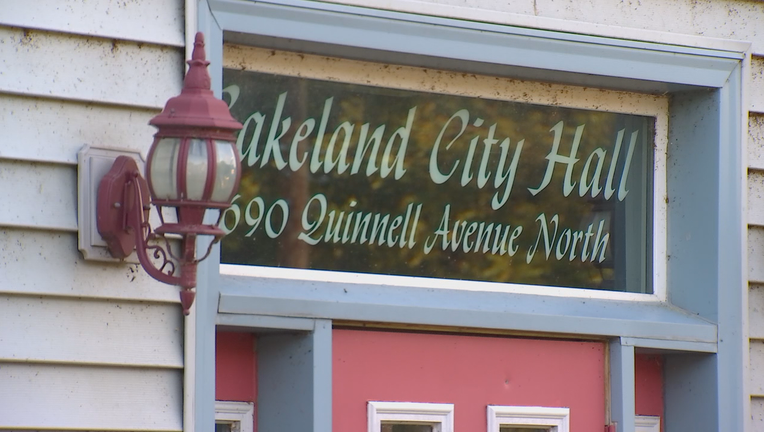 The City Council in Lakeland, Minnesota is plagued by politics as residents push to limit the mayor's powers. (FOX 9 Minneapolis-St. Paul)

LAKELAND, Minn. (FOX 9) - Small town politics are creating big rifts in Lakeland, Minnesota - so much so that members of the city council are voting to rein in some of the mayor's powers.

On Friday, Mayor Richard Glasgow locked members of city council out of Lakeland City Hall because he said they did not post the “special meeting” with enough notice for community members to attend.

The City Council in Lakeland, Minnesota is facing political upheaval as some seek to limit the mayor's powers.

The move came as tensions between the mayor and the city council grow tenser. Both sides say the divide is rooted in disagreements over who should have power over what.

Tuesday, the council also voted to take over control of the city’s public buildings security, IT responsibilities and public works commission. The responsibilities were previously held by the mayor and city clerk.

“I feel that it’s in the best interest of the city to disperse the power a little more in the past,” Councilmember Joe Peiment said.

The decision to shift responsibilities came after the mayor hired a security firm and made security changes to city hall. The mayor also created a new website for the city, something council members claim he did not have the right to do without city approval.

Mayor Glasgow said he did have the right to make security changes and changes to the website because he had approval from the city clerk.

“Everything I did I told the clerk, and the clerk would say yes or no, and it would be brought to the council,” Mayor Glasgow said.

Existing tensions escalated when the city council voted to terminate the city clerk in early September without appointing a new one.

“We felt like a change was in the best interest of the city. That the city clerk was unhappy in her possession. We needed to make a change,” Peiment said.

At a city council meeting on Tuesday, council members appointed an interim city clerk who will also act as city administrator.

“I’ve been involved in politics in Lakeland for over 10 years, and I’ve never witnessed anything like this before,” Peiment said.

“It’s a small city. It shouldn’t be like this,” Mayor Glasgow said.