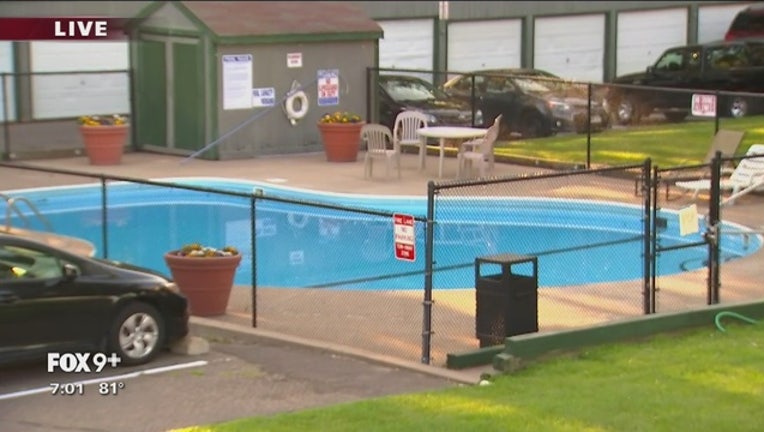 MINNEAPOLIS (FOX 9) - A 15-year-old remains in critical condition after they were found unresponsive in a pool at a New Brighton apartment complex, according to an update from the Ramsey County Sheriff's Office.

Authorities have also identified the officer who dove into the pool to rescue the teen.

Thursday evening, law enforcement responded to report of a person unresponsive in a pool in the 1300 block of 10th Street NW.

Two New Brighton police officers arrived within ninety seconds of the 911 call. Officer Tom Griffin jumped into the pool, while wearing all his gear, and pulled the teen from bottom.

An ambulance took the teen to Minneapolis Children's Hospital.

The investigation is still ongoing.