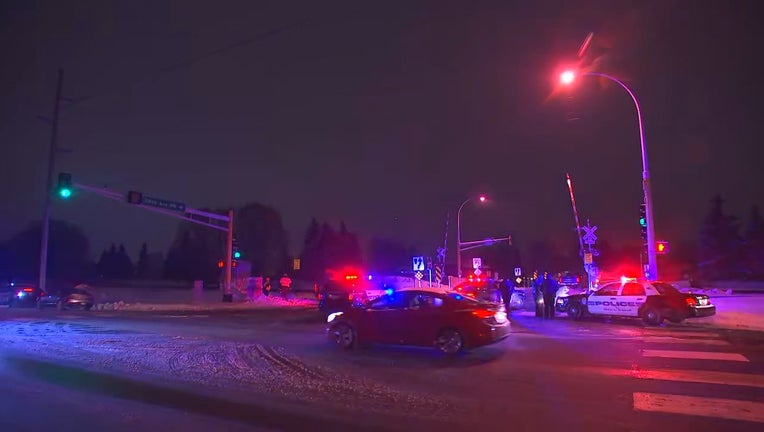 Police investigate after a teen boy was hit by a train Friday evening in Coon Rapids, Minn. (FOX 9)

COON RAPIDS, Minn. (FOX 9) - A teen has died after he was hit by a commuter train Friday evening in Coon Rapids, Minnesota, authorities say.

According to Anoka County deputies, police were called around 6:45 p.m. to the railroad tracks near 119th Avenue northwest and Northdale Boulevard.

Teen killed after being hit by train in Coon Rapids, Minn.

A teen has died after being hit by a commuter train Friday evening in Coon Rapids, Minnesota, authorities say.

At the scene, police found the teen boy had been hit. He was pronounced dead at the scene.

Investigators say it appears the boy was with a friend when one of the boys tried to cross in front of the train, despite the warning lights, and was hit.

Metro Transit says the train involved was its Northstar line and there were about 50 people on board when the train struck the teen. They were transported to their stops by buses.