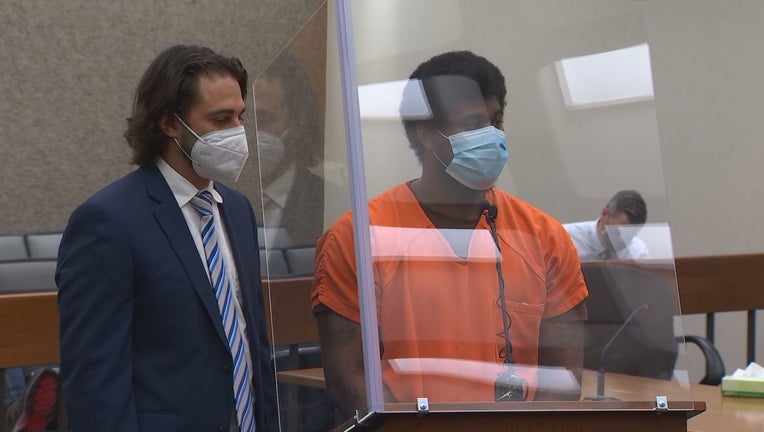 (FOX 9) - A teen girl says she is moving forward on the day the man who struck her with his car and drove away in Edina faces his sentence.

"I think about it every day," said Kyla Avant. "I probably won’t stop thinking about it. It’ll get better with time."

Teen hit by car at Edina, Minn. bus stop says she is moving forward as man faces sentence in hit and run

A teen girl says she is moving forward on the day the man who struck her with his car and drove away in Edina faces his sentence.

"I’m pretty excited for the next chapter," she said. "I feel like I am going to do great things."

Avant, her mom and grandmother were in a Hennepin County courtroom Friday for the sentencing of the driver who struck her and left her for dead.

Twenty-six-year-old Carlton Troutman, whose friends told authorities they believe he was trying to prove he could kill someone that January morning, ignored the stopped bus and slammed into Avant who went flying.

"I’m like, where is the car? They said he drove off," recalled Kyla's grandmother Karen Turner. "That really hurt that somebody would hurt my child and leave her in the street like trash and keep going. That’s sad."

As part of a plea deal on second-degree assault charges with a deadly weapon, Troutman, who is from Flint, Michigan, agreed to accept a three-plus-year prison sentence that’s stayed. Meaning, if he remains law-abiding, he won’t do any of that time behind bars -- a punishment that did not sit well with Kyla’s mom.

"That bothers me a lot," said Kyla's mother Carly Turner. "Angers me. That’s not fair for such a heinous and careless action. But at the end of the day, it’s out of my hands. And we’ll move on. It’ll be a process for me."

Troutman's defense attorney said after the hearing that he still has some time owed in the Hennepin County workhouse, but then plans to return to Michigan.

As for Avant, she’s enrolled at a university in Canada and is looking forward to getting started doing "great things."