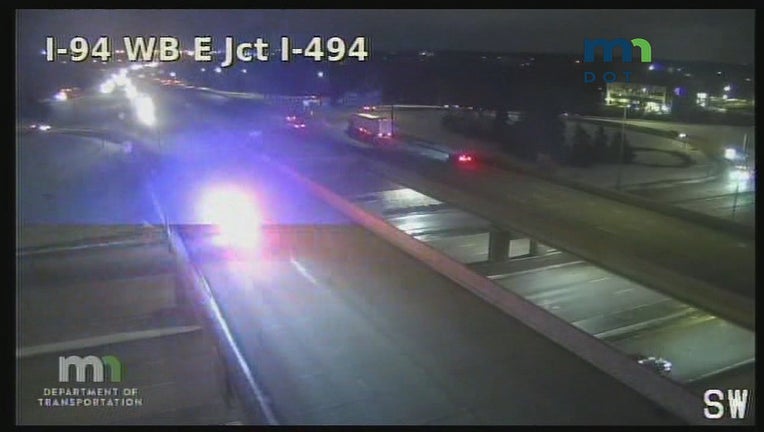 Traffic cameras captured the chase for two carjacking suspects as it moved through the Twin Cities. (FOX 9)

(FOX 9) - Two people believed to be serial carjackers in the Twin Cities have been arrested and charged with numerous offenses.

Kashawn Wertman, 18, Nautica Argue, 19, both of St. Paul, are facing a combined 31 counts for their involvement in numerous carjacking-related crimes that occurred between Jan. 7 and Jan. 17.

Currently Wertman has been charged with 17 counts, while Argue faces 14 counts, with charges ranging from aggravated robbery to theft. The investigation is on-going, and it's anticipated that additional charges will be filed.

The robberies commonly involved approaching an unsuspecting victim who was either going to or from their vehicle, then demanding keys and wallets or purses – striking the victims if they did not comply – and ultimately leaving with the stolen vehicle, and accomplice in tow.

The two suspects were charged in Hennepin County District Court. Both were charged with multiple felony crimes and bail was set at $250,000 each.

Along with those pending cases, police say Wertman was previously charged with a robbery in St. Louis Park in April of 2021, and has multiple warrants out, for the April robbery and five other charges including assault, motor vehicle theft, domestic assault, and tampering with evidence.

The arrest followed a 40-minute chase that spanned the metro. It all started when Ramsey County Sheriff's Office deputies spotted a stolen vehicle while checking known addresses for two suspects wanted in previous carjackings and robberies in St. Louis Park in recent days.

When deputies tried to stop the vehicle, the driver took off, leading law enforcement on a chase down I-94, into Minneapolis, back around Ramsey County suburbs before the suspects made their way back to St. Paul. Deputies were able to arrest the suspects as they tried to make their way into a home on the 1700 block of Maryland Avenue.

"The excellent police work by the numerous law enforcement agencies in the greater Twin Cities area has resulted in the apprehension of two dangerous people, who had terrorized countless community members," Hennepin County Attorney Mike Freeman said in a statement after charges were announced. "Our office will now do our part as the charging agency in the criminal justice system, and prosecute these defendants to the fullest extent of the law."