Chelsea Darczuk, 28, arrived to work at EastSide Charter School last Thursday. The teacher went about her day as normal until she received a text message from her boss asking for her help with a literacy program, Yahoo Lifestyle reports. 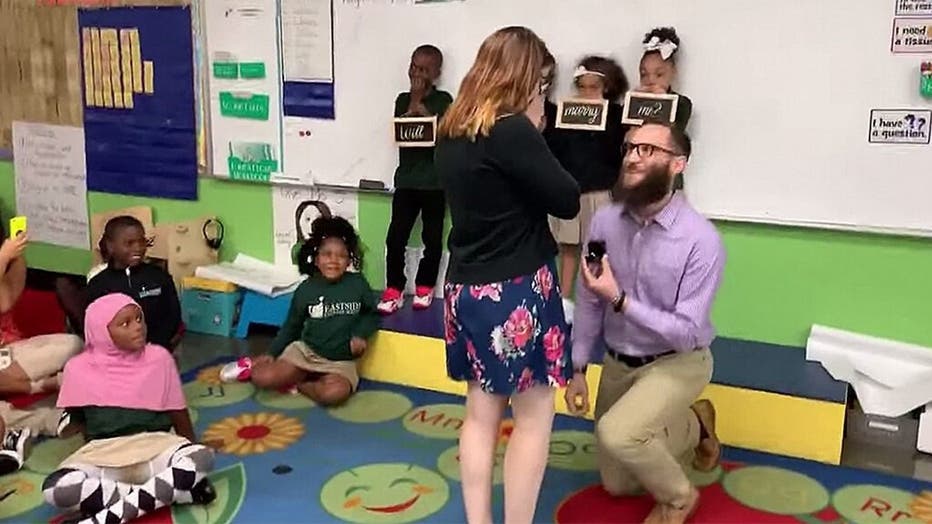 Chelsea Darczuk was surprised by her boyfriend, Jared Koffman, at her school last Thursday.

However, when Darczuk walked into the room, she instead saw her boyfriend, Jared Koffman, 30, standing in the middle of the room, along with 20 of her students -- some of whom were tasked with holding signs reading “Will you marry me?”

Stunned, Darczuk told Yahoo Lifestyle it took her a moment to process. 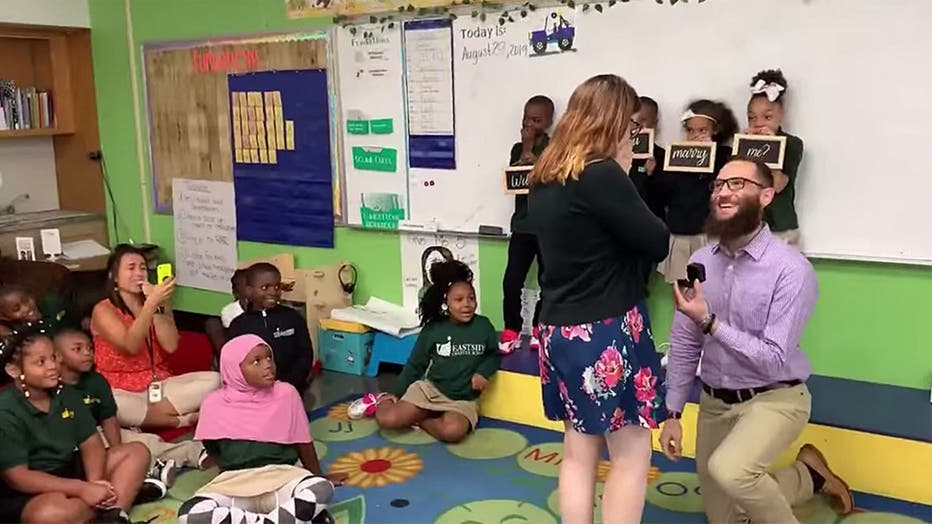 Koffman had planned an elaborate proposal, which involved Darczuk's students, who were tasked with holding up "Will you marry me?" signs.

“It didn’t click at first because I had mentally prepared myself for the possibility of getting engaged this weekend,” Darczuk tells Yahoo Lifestyle, noting Koffman had been planning a romantic getaway for the pair over Labor Day weekend.

However, Koffman had other plans and got down on one knee in front of Darczuk’s staff and students and proposed. 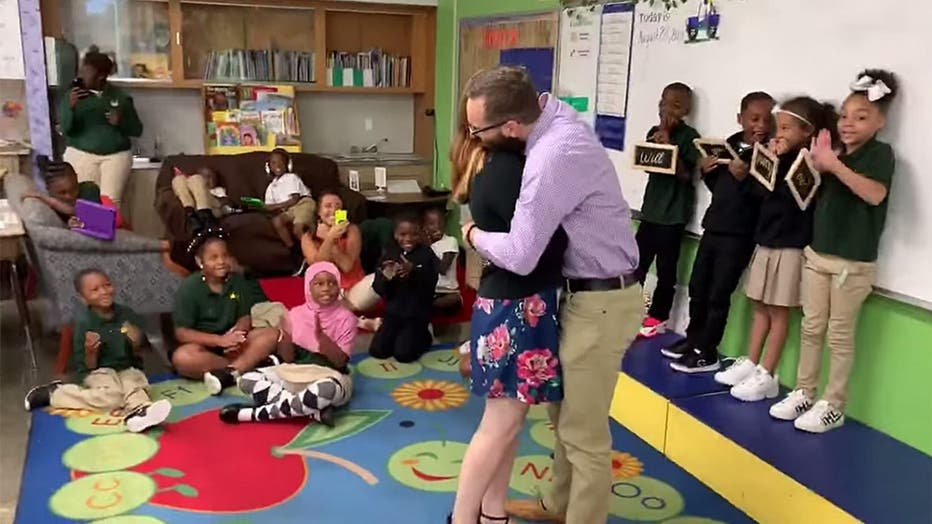 Darczuk said yes in front of her students and coworkers.

Darczuk said “yes” as her students and coworkers cheered.

The wedding is reportedly planned for September 2020.