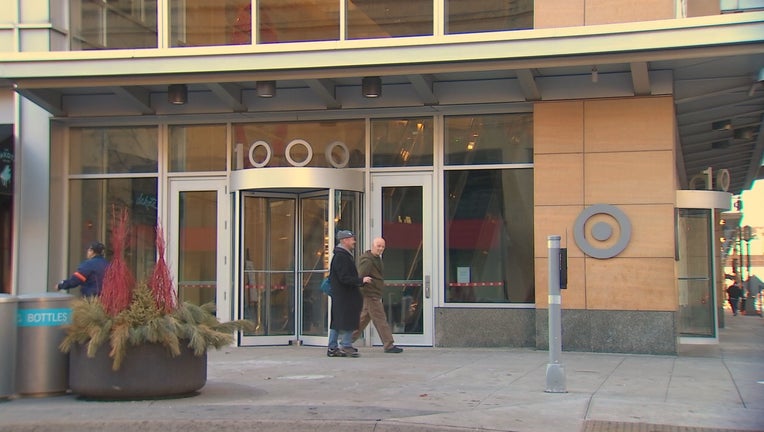 The new delay means Target's 8,500 workers won't bring their daily business downtown for at least another half year. (FOX 9)

MINNEAPOLIS (FOX 9) - Target is again postponing a return to its downtown Minneapolis headquarters, leaving most of the roughly 8,500 employees working from home.

Those workers were set to return this spring or summer, and it was something many surrounding businesses were counting on. Now, they can only hope they can hold on without the revenue source.

It's been one blow after the other for Fhima and now the news that Target is keeping its corporate employees home for several more months is yet another hit.

Citing coronavirus concerns, the company says most of its employees won’t return until at least this fall. Even then, it's likely they’ll go forward with a hybrid model. As the largest employer downtown, it means a loss of big revenue for surrounding businesses.

"We can put on grant programs and put on Band-Aids but for them to re-open and sustain, they need that customer base back," said Steve Cramer with the Minneapolis Downtown Council.

The Minneapolis Downtown Council says Target sets the pace for other employers, so they don’t expect re-growth to start until fall and they admit it will be slow. Fhima just worries it could be too little too late.

"When all of this is back to normal, what scares the heck out of me is that you’re going to come back to nothing," he said.

Target also says it is monitoring the safety of downtown as it evaluates when to come back. Many insiders told us the George Floyd trial and concerns over potential protests played a role in this decision not to come back.