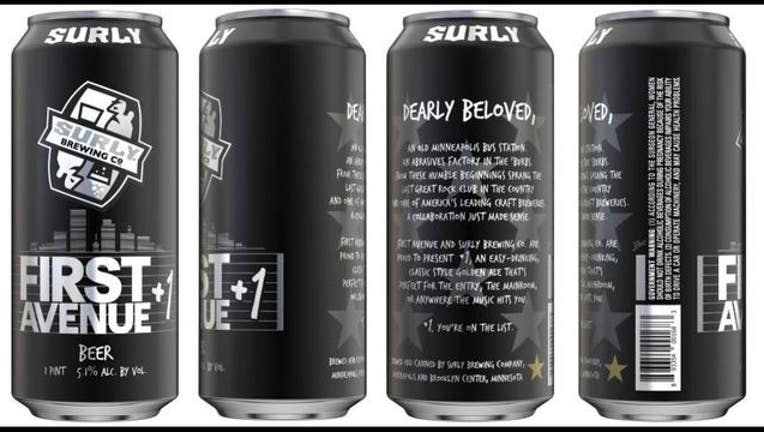 The classic-style golden ale will be served during shows March 22-24 at 7th Street Entry, First Avenue and the Turf Club. It will also be offered at First Avenue and The Depot from March 22-April 1, according to a release.

You can also find the beer in 16oz. 4-packs starting April 2.

“We wanted to make the kind of beer we like to drink at a Mainroom or Entry show,” said Surly Head Brewer Ben Smith. “We went over a few styles with them, and this one emerged as the clear winner.”