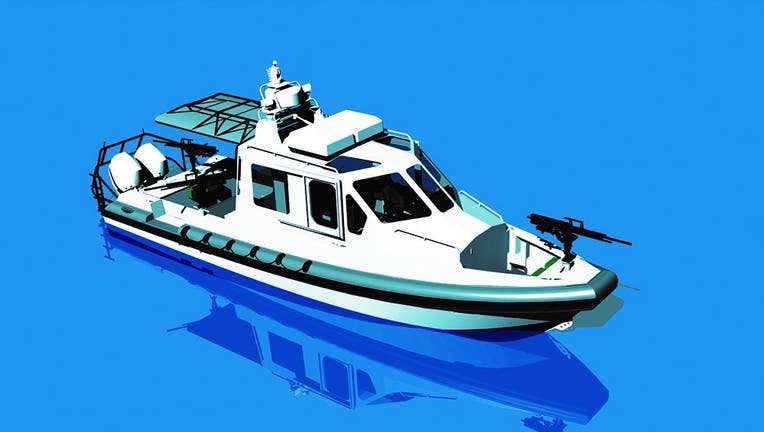 A rendering of a 33-foot patrol boat. Lake Assault Boats will manufacture 119 of these for the U.S. Navy after being awarded a $56 million contract.

SUPERIOR, Wis. (FOX 9) - A Superior, Wisconsin boat manufacturer has been chosen by the U.S. Navy for a $56 million contract to produce 119 patrol boats.

According to Lake Assault Boats, the first Force Protection-Medium patrol boats will be delivered to the Navy by November 2020.

The smaller boats provide security for U.S. Navy Ships and personnel in the Anti-Terrorism and Force Protection installations. The boats will be used to patrol, interrogate other ships and to escort large vessels in and out of ports.

Each of the boats is 33-feet long and will feature a 10-foot beam and a fully cuddy cabin, or indoor area. The vessels will also carry four weapon mounts that can accommodate up to .50 caliber machine guns.

“Our FP-M vessels will be engineered and built to the same high manufacturing and quality control standards as our patrol and fire boats currently in service throughout North America,” said Chad DuMars, the vice president of operations for Lake Assault Boats.

DuMars said his company is “honored” to be chosen by the Navy for project after a “long and rigorous competitive bid process.”

“Our entire team is very excited and prepared to provide these boats to serve with the U.S. Navy,” he added in a release.