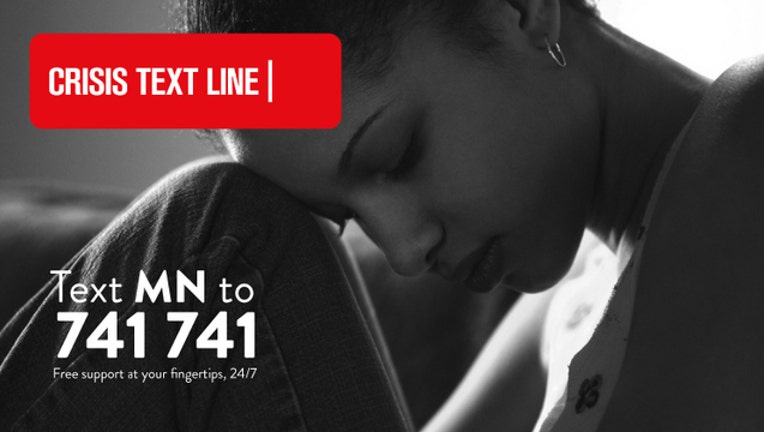 ST. PAUL, Minn. (KMSP) - Minnesota now has a statewide, 24/7 text-for-help service for people contemplating suicide and facing mental health issues. As of April 1, 2018 people who text MN to 741741 will be connected with a trained counselor who will help them through a crisis and connect them to local resources.

Minnesota has had text-for-help suicide prevention services since 2011, but they have only been available in 54 of 87 counties, plus tribal nations. Crisis Text Line will offer suicide prevention and education efforts statewide, including the Twin Cities metro.

Crisis Text Line is a nonprofit that has across the United States nationally since 2013. The organization handles 50,000 messages per month across the country, with an average wait time of 39 seconds.

Crisis Connection, Minnesota's suicide phone hotline, could be shut down next month due to a lack of funding. Crisis Connection is the only call center in Minnesota that takes calls from the National Suicide Prevention Lifeline.

The center will start shutting down May 21 unless it can find financial support. Crisis Connection needs about $970,000 annually to operate.

WHAT YOU CAN DO