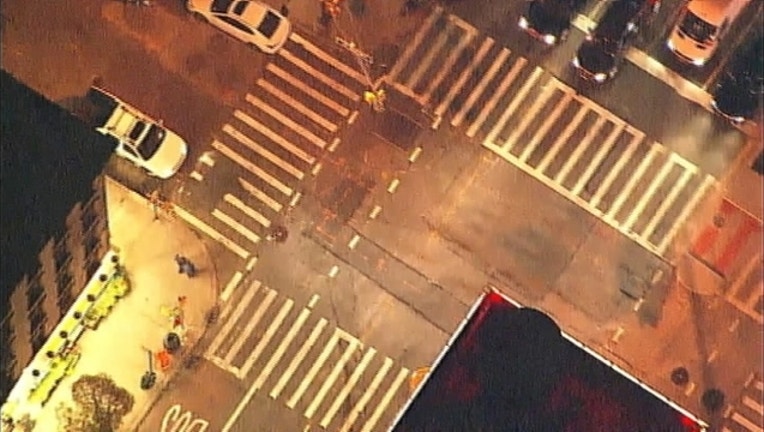 NEW YORK (FOX5NY) - An elderly person walking down a Manhattan sidewalk was injured when a suicide jumper landed on her.

It happened shortly after 3 p.m. at 901 First Ave. near the intersection of 51st Street in Midtown East.  A 56-year-old woman jumped out of a third-floor window of a building.  She landed on a 71-year-old woman on the sidewalk below.

The woman who jumped was taken to Bellevue Hospital where she died.  The elderly woman who was hit was taken to Cornell Medical Center in stable condition.  She was expected to survive.

No names or other details were immediately released.