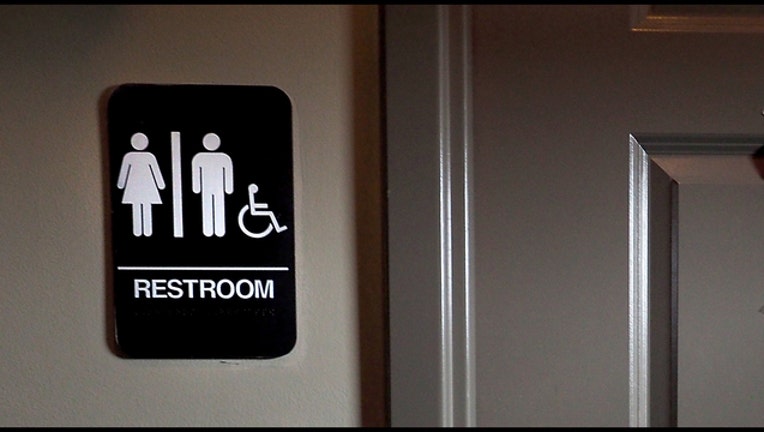 DURHAM, NC - MAY 10: A unisex sign outside a bathroom at Bull McCabes Irish Pub on May 10, 2016 in Durham, North Carolina. (Photo by Sara D. Davis/Getty Images)

(FOX 11) - You may want to think twice about using the hand dryers in public restrooms.

A new study has found a dirty little secret about hand dryers found in many public restrooms.

Researchers say the hand dryers which are designed to blow hot air on you are actually sucking up feces particles and spraying them all over your hands.

The report, published in Applied and Environmental Microbiology, found that the air blasted out from the hand drying nozzles contains far more bacteria than normal bathroom air. As many as 60 different bacterial colonies can be blown out of the machines in just one 30-second drying.

The study took a look at 36 bathrooms at the University of Connecticut School of Medicine, testing each machine during a single drying session. Several of the samples contained staphylococcus aureus, a common bacteria found in the body and sometimes linked to serious infections.

Researchers added that they weren’t sure if dryers are the actual source of bacteria after tests run on the machines found far fewer particles when they were not in use.