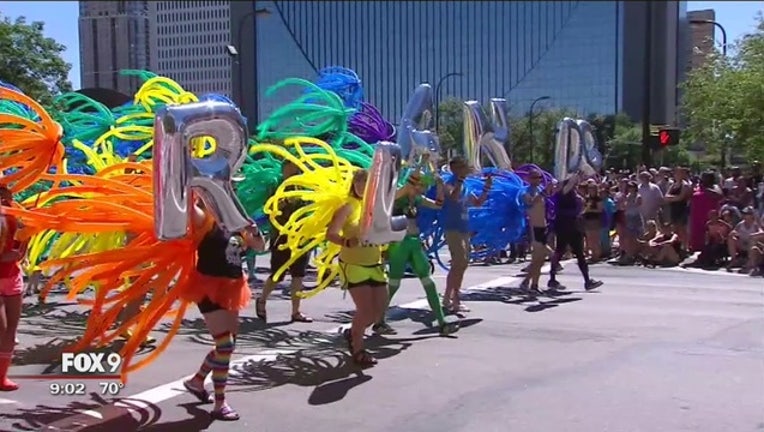 MINNEAPOLIS (FOX 9) - This weekend's Twin Cities Pride Festival is expected to bring hundreds of thousands of people to downtown Minneapolis.

According to a report from the University of Minnesota, the festival is expected to be a draw for about 300,000 people who experts expect to flock to downtown Minneapolis this weekend. Attendees are also anticipated to spend millions.

Last year's festival, according to the U of M, created $13.4 million in economic activity for Hennepin County, including money spent by residents, visitors, and the festival itself. The university's findings are based on an estimate that 200,000 people visited the 2018 festival.

Activities start Friday with a beer tasting at Surly Brewing and the 12th annual Fruit Bowl. The actual festival will run Saturday through Sunday at Loring Park off Willow Street in Minneapolis.

The Pride Parade is set for Sunday morning at 11 a.m. The route will run along 2nd Avenue South from 3rd Street South to the convention center then to Grant Street towards the festival at Loring Park.

More information on the festival is available on the Twin Cities Pride website.