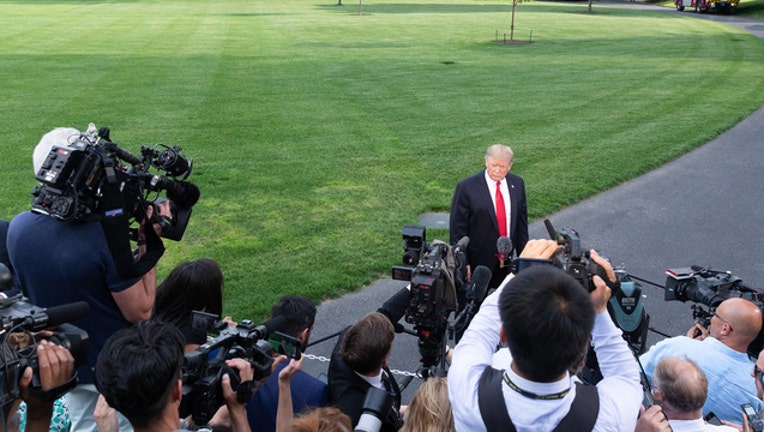 President Donald J. Trump speaks to members of the press on the South Lawn of the White House Monday, May 20, 2019, prior to boarding Marine One to begin his trip to Pennsylvania. (Official White House Photo by Joyce N. Boghosian)

(AP) -- President Donald Trump is blasting Democratic leaders after House Speaker Nancy Pelosi accused him of engaging in a cover-up.

Trump on Wednesday made a surprise appearance in the Rose Garden after cutting short an infrastructure meeting with Democratic leaders.

He appeared behind a sign that listed the cost of special counsel Robert Mueller's Russia probe and Trump's slogans of "No Collusion" and "No Obstruction."

Trump said, "I don't do cover-ups" and declared that Democrats had to choose whether to investigate him or work together on the country's priorities.

The president has long criticized the Mueller probe and the Democratic investigations.

Democrats are frustrated with the White House's efforts to block their investigations and stymie their oversight responsibilities.