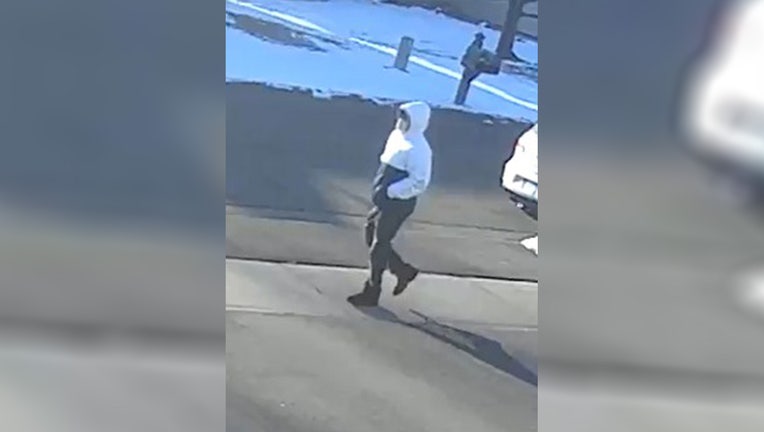 Stillwater Police are asking for the public's help identifying a suspect who stole a vehicle with a 1-year-old child inside.

STILLWATER, Minn. (FOX 9) - The Stillwater Police Department issued a plea for help identifying the suspect who stole a vehicle with a child inside on Wednesday morning.

In a post on Facebook, police said officers responded to the 1400 block of Lydia Circle in Stillwater at 9 a.m. Wednesday on a report of a vehicle theft with a 1.5-year-old child inside. The vehicle was spotted leaving the Benson Development and going west. About 5 minutes later, police found the vehicle behind a business on the 1700 block of Washington Avenue.

The child was found inside the vehicle. They were not hurt and was reunited with their parents, police said.

Authorities set up a perimeter around Market Drive and canvassed businesses, providing a physical description of the suspect. However, he is believed to have fled on foot and is still at large.

On Thursday, police shared a photo of a person they believe is the suspect on Facebook. The picture, from a nearby home's security camera footage, shows the suspect in the neighborhood just before he allegedly stole the vehicle.

"The suspect is not considered dangerous and is presumed to be no immediate threat to society," police said.

Anyone with information on the suspect or the incident is asked to contact Detective Wulfing at 651-351-4918 or call 911.