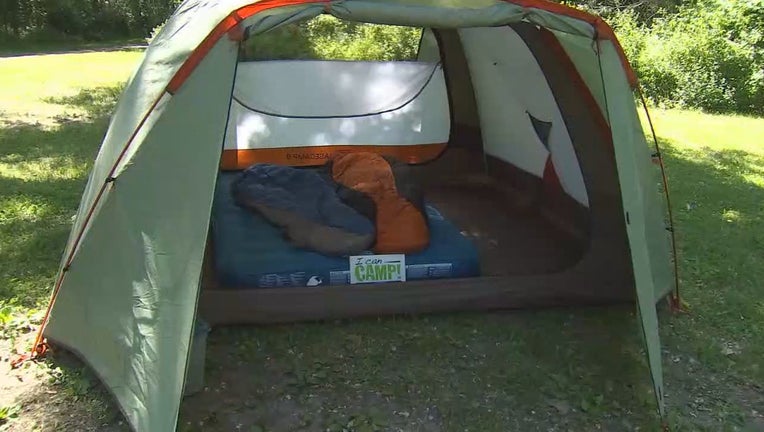 Starting Monday, Minnesota is allowing campers from the same households to set up in remote and dispersed sites. (FOX 9)

ST. PAUL, Minn. (FOX 9) - Governor Tim Walz is allowing for some more camping and outdoor opportunities, but some wish that dial would have turned just a little bit further.

Resorts have been allowed to open with some stipulations of course. Starting Monday, Minnesota is allowing campers from the same households to set up in remote and dispersed sites.

Governor Tim Walz is allowing for some more camping and outdoor opportunities, but some wish that dial would have turned just a little bit further

After camping 11 straight weeks last summer, the Knox family had hoped this season would be filled with smaller weekend trips in their RV and tent all across Minnesota, but for now those plans continue to be on hold.

“To me, I’m looking at camping and I’m like it’s outside, how bad could that be?” said Sarah Knox, an avid camper.

Under the governor’s newest order, remote houseboat camping in Voyageurs National Park is now allowed along with paddle-in remote camping at the Boundary Waters. However, state parks and private campgrounds are not allowed to welcome campers, unless they have a seasonal pass for extended stays.

“I do know, like with other aspects of the leisure and hospital industry, guidelines are being established to allow for those in the not-so-distant future,” said John Edman, CEO and Director of Explore Minnesota.

The director of Explore Minnesota doesn't have a timeline for expanded guidelines yet as protocols for safe RV and tent camp sites are being figured out.

The owner of Crow Wing Lake Campground in Brainerd hopes the governor allows for recreational stays soon. More than half his business depends on it. He continues to follow COVID-19 precautions outlined by the state, such as keeping bathrooms and communal amenities off limits.

“If they would let us, I feel like I could clean the bathrooms and allow a tent camper or pop-up to come in, but I’ll take whatever I can get at this point,” said Phil Trusty, owner of Crow Wing Lake Campground.

Until then, the Knox family continues to use their camper as a makeshift classroom, but hopes to leave the driveway soon.

“While I’m disappointed, I’m not protesting,” said Knox. “I obviously trust their judgement.”

Explore Minnesota points out the biggest part of this will be consumer confidence. They encourage campers to not cancel plans, but reschedule because they expect more changes to come soon.