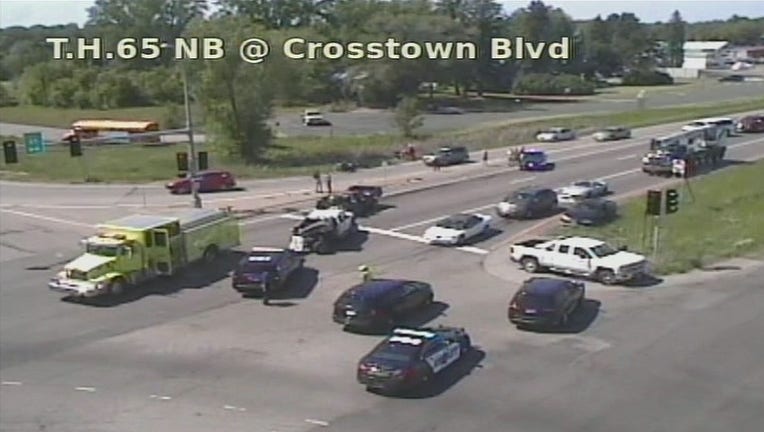 The State Patrol is investigating a fatal crash on Hwy. 65 in Ham Lake, Minnesota.  (MnDOT)

HAM LAKE, Minn. (FOX 9) - An investigation is underway on Friday after a fatal crash in Ham Lake, Minnesota.

The crash occurred on southbound Highway 65 the intersection with Crosstown Boulevard Northeast just after 3 p.m.

According to the Anoka County Sheriff's Office, it appears two pickup trucks were headed south on Highway 65 NE near Crosstown Boulevard NE when there was a crash.

One person was killed, deputies report, while a woman and a child were transported to Mercy Hospital with non-life threatening injuries.

The crash has caused traffic delays through the rush hour period on Highway 65. Deputies ask drivers to use alternatives routes as possible.