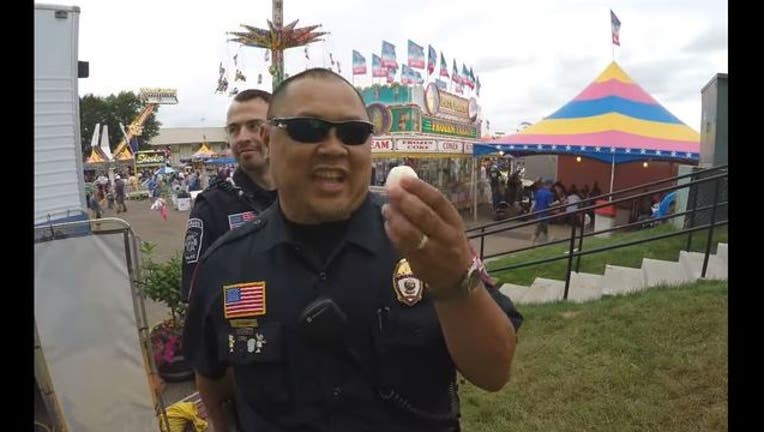 FALCON HEIGHTS, Minn. (KMSP) - The Minnesota State Fair’s police officers worked hard during this year’s fair to keep everyone safe, but a video released Friday also suggests they had may have had a little fun, too.

Nguyen added that the video included some cameos from the night shift crew.

The video shows officers from across the state eating at the fair’s seemingly endless food options.