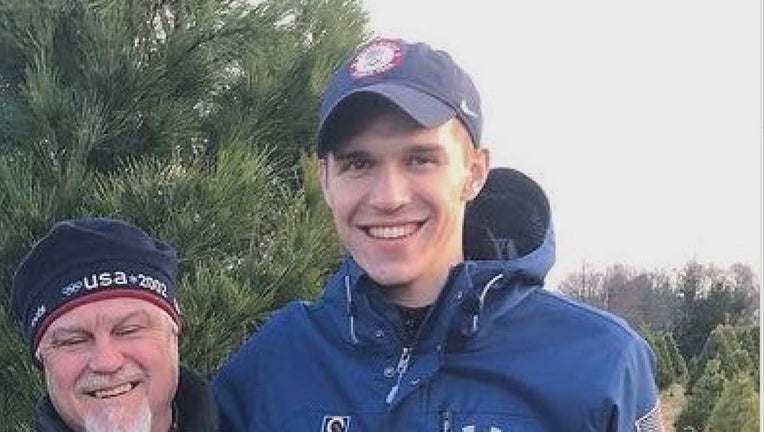 Olympics hopeful Conor McDermott-Mostowy hopes he can inspire others to be proud of who they are by being open about his sexuality. (Supplied)

(FOX 9) - A junior at Macalester College has become a rising star in the world of speed skating. Not only has he won a couple of national championships, he has recently started speaking publicly about being gay for the first time.

"It was very relieving to finish the year on a high note," said National Champion speed skater Conor McDermott-Mostowy.

A junior at Macalester College has become a rising star in the world of speed skating. Not only has he won a couple of national championships, he has recently started speaking publicly about being gay for the first time.

McDermott-Mostowy has spent the last 14 years working towards his dream of speed skating in the Olympics. But it wasn't until recently he's broken the ice on another topic that is more personal.

"Personally, the opportunity never really arose and I didn't really seek it out," said McDermott, "but I think when I was younger I had the idea in my head there is a stereotype that gay men are not athletic. That was in the back of my mind and kept me more hush hush."

McDermott-Mostowy says he's been out to his family and the speed skating community since he was a sophomore in high school. But since he won the 1,000 meter and mass start titles at the U.S. Open National Championships earlier this month, he no longer feels the need to hold back about his sexual orientation.

"I've had a really good end of the year - won a couple of national championships and placed well at world championships, so there's nothing really holding me back," he says. "What are they going to say."

If the 22-year-old Washington, D.C. native makes it to Tokyo next year, he would join less than a handful of openly gay athletes including skier Gus Kenworthy and figure skater Adam Rippon, who have competed at the Winter Games.

"I guess making it as an out gay athlete would be great to maybe be a role model for somebody and inspire somebody else to pursue the Olympics," said McDermott-Mostowy.

Even though McDermott-Mostowy says he hasn't experienced any negative reactions from his loved ones or fellow skaters, he hopes sharing his story encourages others to "go for the gold" in their lives as well.

"If somebody can gain some confidence or feel better about themselves or hear a happy coming out story and that helps them great and that's what I'm going for," he says.