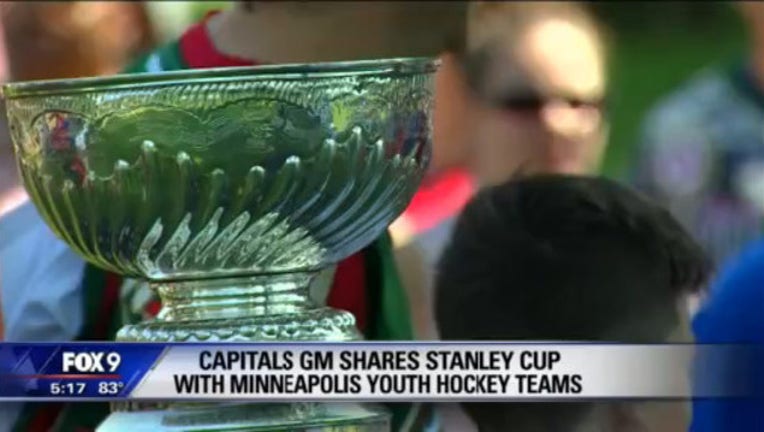 MINNEAPOLIS, Minn. (KMSP) - The Washington Capitals may have won The Stanley Cup, but a local connection is bringing hockey’s Holy Grail to Minnesota.

Capitals’ General Manager Brian Maclellan, who lives in Minneapolis during the off-season, shared his day with the cup with several local youth hockey teams.

Hundreds of young hockey players gathered in Powderhorn Park for a photo with the trophy.

“It’s a fun day, a fun day to see people react to the cup,” Maclellan said. “You know, it brings a lot of smiles to people’s faces, people that sometimes don’t get a chance to get close to it are getting an opportunity and it’s fun to watch them enjoy it.”

Maclellan played with the Minnesota North Stars for three seasons during his NHL career.

The cup is expected to make a return to Minnesota this summer when Capitals’ forward TJ Oshie has his day with the trophy.