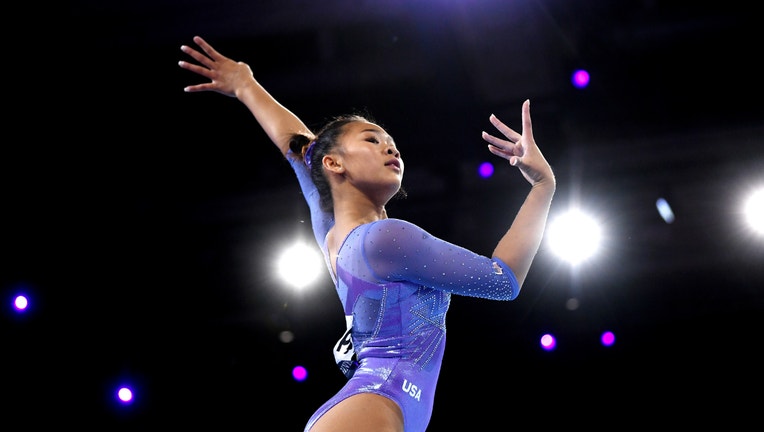 ST. PAUL, Minn. (FOX 9) - Sunisa Lee's bedroom walls are filled with medals and trophies she has won over the last 10 years, but soon the gymnast will be adding some new hardware she earned on the world stage.

"Super exciting,” said John Lee, her father. “Happy, especially with the situation we are in. She went out there and did well. That's awesome."

Gymnast Sunisa Lee shined at the World Gymnastics Championship and won three medals at the event.

The 16-year-old from St. Paul is bringing home three medals from the World Gymnastics Championships in Germany. In addition to gold in the team competition, Lee won a silver medal for the floor exercise and a bronze for the uneven bars.

Her medal performances come amid a challenging time at home. Lee's father was partially paralyzed in a tree trimming accident a couple of months ago, and doctors say he may never walk again. He had to settle for watching her compete online and giving her pep talks through FaceTime and texts rather than in person like he usually does.

"I'm sure it’s taken a big toll,” said John Lee. “I told her to just go. It’s something she's been working on her whole life. She took it well. She doesn't show it, but I know it does affect her." 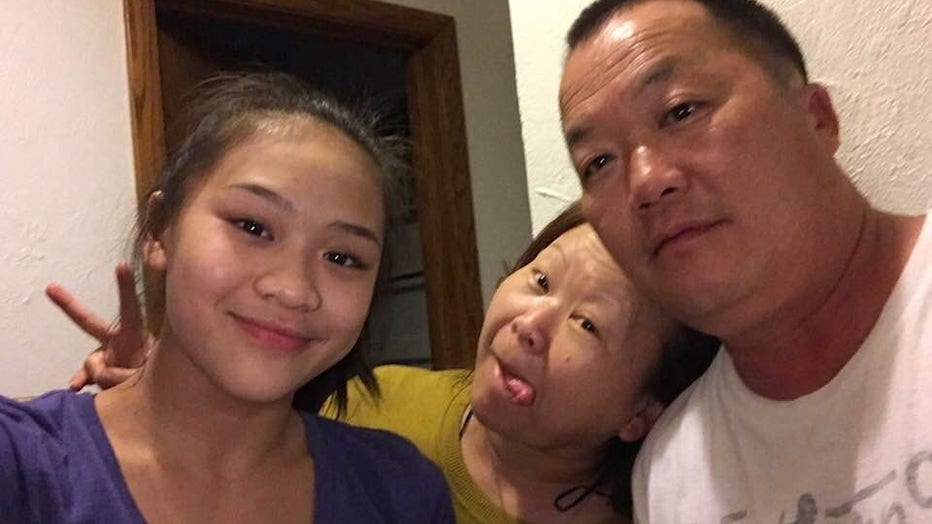 Now Lee is setting her sights on making it the Tokyo Olympics next year and even though both she and her father have been through a lot, they still have a long way to go.

"My journey fighting through the hospital to get back home and her journey to World is over,” said John Lee. “She'll be home. We have to figure out what's next: how I'm going to heal and how she's going to get to Tokyo." 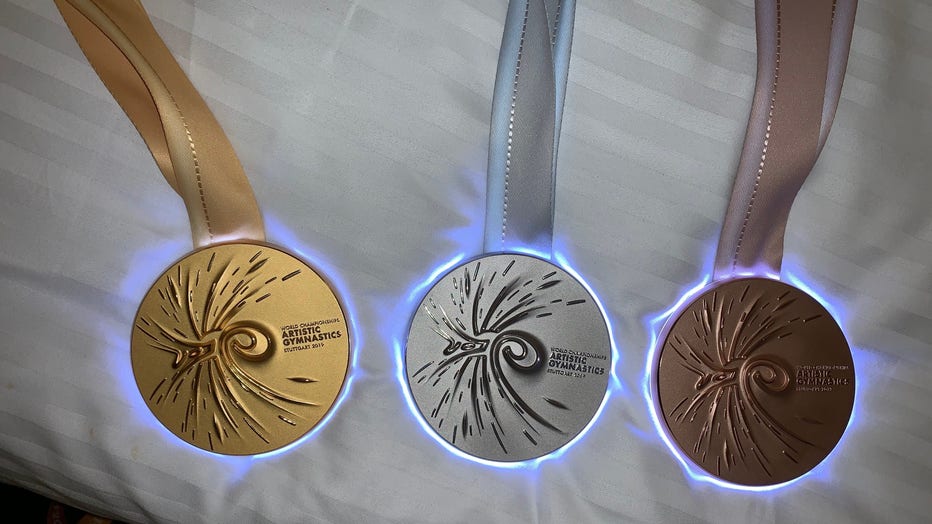 Sunisa Lee snapped a photo of her new hardware that she won at the World Gymnastics Championships in Germany. The medals glow in the dark.