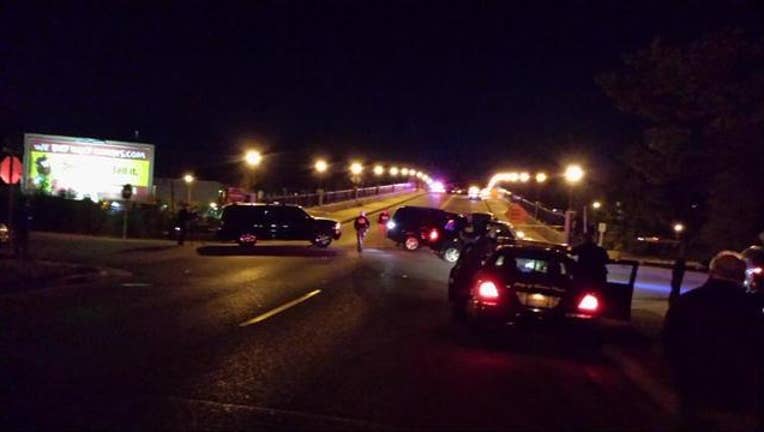 ST. PAUL, Minn. (KMSP) - Police have identified the man killed in a shooting on the Earl Street Bridge Thursday night as Emmett Lee Shaw, 24, of St. Paul. This was the second shooting in the area in two days.

Officers arrived at the Earl Street Bridge north of Ross Ave. around 7 p.m. and found a man who had been shot. He was pronounced dead at the scene. Police do not believe there is a risk to the public and the shooting does not appear to be random, but they have not made any arrests.

Investigators ask anyone with information about the incident to contact the Saint Paul Police Homicide Unit at 651-266-5650.

The Ramsey County medical examiner will release the victim's identity and official cause of death.

Another fatal shooting happened just blocks away on St. Paul's eastside Wednesday evening, but police have not linked them.

Wednesday's shooting happened near the intersection of Cypress Street and Reaney Avenue at about 6 p.m. When St. Paul police arrived, they learned a man had been shot and driven to a nearby hospital, where he was pronounced dead.  The shooting victim was attending a gathering to remember Naressa Turner, who was killed in a gang-related shooting 3 years ago.