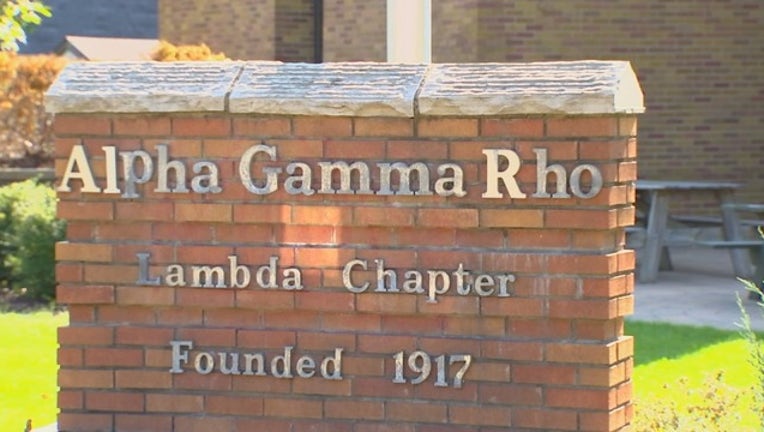 ST. PAUL, Minn. (KMSP) - Authorities have identified the sophomore student who died at a fraternity house near the University of Minnesota St. Paul campus Wednesday morning.

The victim, has been identified as Dylan Fulton, 20, of St. Lawrence, South Dakota. St. Paul police say he lived at the Alpha Gamma Rho fraternity house.

Fulton's family released a statement Thursday honoring him and his life.

"It is with a heavy heart that I share this, but I want people to know the real Dylan and not let this horrific, unimaginable tragedy define the man Dylan truly was," the statement read. "This could have been anyone's son/brother/grandson/nephew/cousin...GOOD KID."

The family said Dylan was valedictorian of his senior class in high school and had received a full rude to the U. He was an officer in the fraternity and was "respected and looked up to by many."

"Dylan was a hard-working, responsible, peace-making, animal-loving, family-oriented, fun-loving witty goofball!!" the statement said. "He had an infectious personality."

Officers were called the fraternity house on the 2000 block of Carter Avenue on a report of an unresponsive male. When they arrived, they found Fulton already deceased.

The Ramsey County Medical Examiner will perform an autopsy to determine the cause of death.

Alpha Gamma Rho is a professional-social agricultural fraternity with 71 chapters nationwide. The chapter at the U of M started in 1917 and currently has 30 members.

It is with a very heavy heart that I share this but I want people to know the real Dylan and not let this horrific, unimaginable tragedy define the man Dylan truly was. This could have been anyone’s son/brother/grandson/nephew/cousin.....GOOD KID.

Dylan was a hard working, responsible, peace making, animal loving, family oriented, fun-loving, witty Goofball!! He had an infectious personality. He was a great friend and care taker to many. He was a 4.0 student throughout his educational career and was Valedictorian of his 2017 class. He maintained his 4.0 at the U of Minnesota and made the Deans List. Dylan received a full ride to attend the U of M. He was very involved and held many offices throughout high school including FFA and placed 1st at the South Dakota State Convention which qualified him and his teammates for Nationals in Farm Business Management. Most recently he was an officer for his fraternity. He was a leader and was respected and looked up to by many. He directed plays as well as participating in them. He would often step up and motivate the crowd in supporting the team. He was involved in sports and rodeo. He loved spending time with his family especially his cousins.

Dylan will be missed and we hope that nothing like this ever happens to your loved ones.

WE LOVE YOU DYLAN!!!