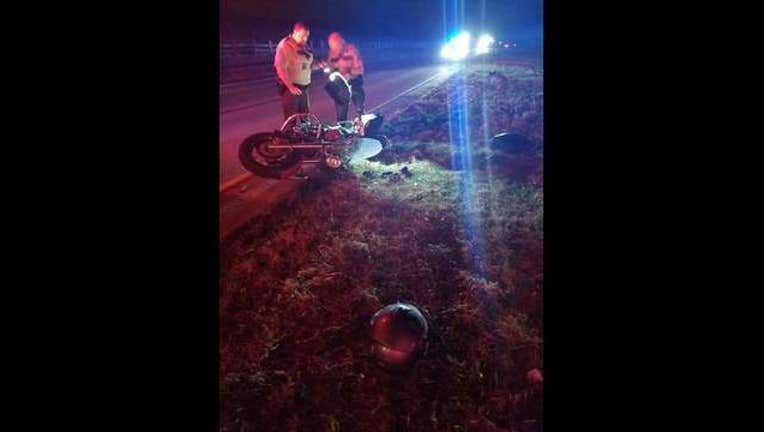 (KMSP) - An arrest has been made in a hit-and-run in Scott County in which a motorcyclist claimed the driver purposely hit him, according to the Scott County Sheriff's Office.

Thursday, deputies arrested a 45-year-old man in St. Paul and booked him into Scott County Jail on suspicion of second degree assault charges.

Grant Skluzacek, 18, of Prior Lake said he was driving his motorcycle westbound when he was struck from behind by another vehicle, a press release from the Scott County Sheriff's Office said. Skluzacek suffered cuts to his arms and legs and substantial damage to his motorcycle, the press release said.

"We are confident that this arrest will provide the resolution in this case that the victim deserves," said Sheriff Luke Hennen. "I anticipate that people will have questions about this incident. Many of these questions will be addressed in the charging documents, if and when they are filed."

The incident is still under investigation and is being reviewed for potential criminal charges by the Scott County attorney's office.