ST. LOUIS PARK, Minn. (FOX 9) - They say you can't go home again, but a group of former neighbors in St. Louis Park are willing to give it a try.

"It's exciting. I've told everyone I know," said Sandy Bergman, who grew up in the neighborhood.

About 70 people who lived there in the ‘60s, ‘70s and ‘80s showed up to take a stroll down memory lane in their old neighborhood on Minnehaha Circle in St. Louis Park.

"Because I live in Chicago, I haven't seen them in over 40 years," Rutstein said.

He's one of about 70 people who lived there in the ‘60s, ‘70s and ‘80s who showed up to take a stroll down memory lane in their old neighborhood.

"The houses are the houses, but what really made the neighborhood are all these people here. It’s hard to put into words," Rutstein said.

Some of his former neighbors organized the reunion after seeing each other at a virtual memorial service for one of the longtime residents on the block who passed away.

They figured there was no time like the present to reconnect with all the people who had moved on and reminisce about their tight-knit community that was filled with children.

"It was the sense that it was a real neighborhood," said Marc Cohen, who grew up on Minnehaha Circle. "We had multiple parents. We would leave in the morning to go play and come back at night, and no one would ever worry because everyone's eyes were on everybody."

During a walking tour of their old stomping grounds, many in the group stopped to pose for pictures in front of their old houses. 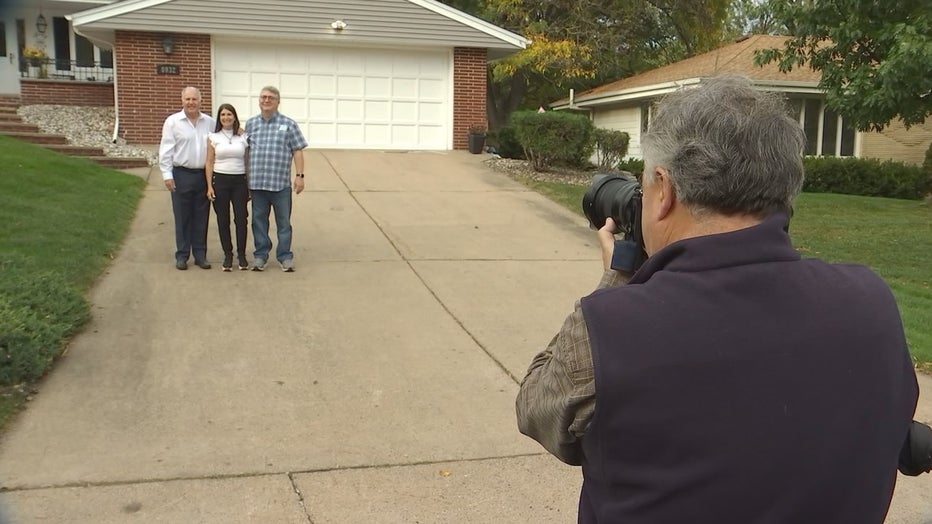 "It brings us all back to a time I think that we all cherished together in our own different ways," Cohen said. "There was a sense of community and camaraderie, and it was a really special place at a special time."

Rutstein hopes reliving some old memories will help them all create some new ones.

"A bit of your childhood never leaves you and it’s a way to kind of rekindle those memories," Rustein said. "I guess we all have a little bit of child inside us and it’s nice to relive that. And keeps you young."