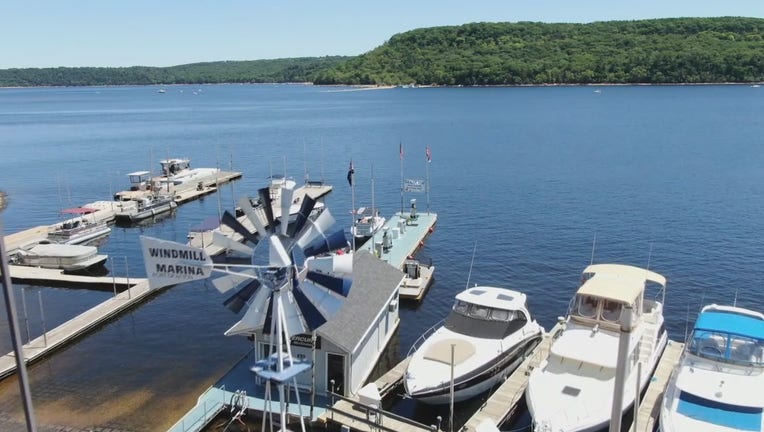 Due to nearly historic low water levels, boaters say they have to be more conscious about potentially running aground. (FOX 9)

AFTON, Minn. (FOX 9) - While farmers are hoping for rain this weekend, there's also growing concerns along the St. Croix River, which is on track to hit historic low water levels as dry conditions persist.

"It’s a little stressful and you get a little surprised. You kind of run up on sand when you’re not expecting to," said Bob Glass, a boater.

For a couple weeks, the level of the St. Croix River has hovered just above its historic low mark set 32 years ago. Currently it’s within half a foot of hitting that number.

Marina managers all along the river have seen the results. Boats are coming in with broken propellers or worse. Some boaters are also running aground in places they’ve have driven through without problem for years.

"Places that people would normally have no issues with in transiting, now they transit those same areas and have a high potential that they might run aground," said Clemens.

It’s a big change from recent years on this river when floodwaters kept no wake rules in effect into July.

Despite the current low levels, there is still plenty of water to play around in.

"That’s the nice thing about the St Croix, it’s so deep," said Chad Pederson, a boater. "There’s a couple wing dams and a couple low spots to watch out for."

Going through any marked channel, it’s all the more important to be careful because they’ve shrunk.

While the effect on boating is not as concerning as the effect on farms or city water supplies, it’s a huge reminder of the situation facing Minnesota.

"Still absolutely fun, worth it. The water got warm fast, so that’s good, but you definitely need to be a lot more careful and you can see boats kind of getting stuck," said Glass.