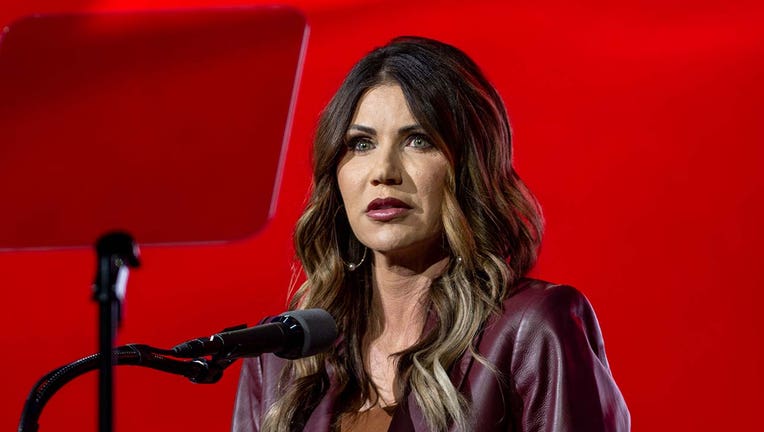 PIERRE, S.D. - South Dakota Republican Gov. Kristi Noem spoke out following her enactment of an executive order prohibiting state agencies or those who contract with them from accessing the China-owned social media app TikTok – warning the Chinese Communist Party is ripping information from users.

"It's off our networks. It's blocked off of our servers. Any state employee, anybody who contracts with the state of South Dakota, anybody who uses any of our systems no longer will be able to download or utilize this app because of the national security threat that it is," Noem told Fox News on Wednesday.

Accessing the app will be a criminal offense, she said, adding TikTok poses a threat to the Mount Rushmore State and the personal data of all South Dakotans, and by extension, Americans.

Noem suggested the reportage of pre-Musk Twitter manipulating algorithms to forward a political narrative or to quash other narratives reflects a smaller version of what China does with its TikTok.

Why US is considering banning TikTok

The United States is considering banning TikTok, a popular mobile app, as well as several other Chinese social media apps.

"It's so much worse. And they're our enemy. They hate us. This is why it's so important that other elected officials take action as well," she said.

Notably, the Democratic chairman of the Senate Intelligence Committee recently credited former Republican President Donald Trump with correctly sounding the alarm about TikTok and the way the Chinese government can use the app to hurt America.

Noem appeared to agree with Warner and Trump, telling Fox News her state wants no part in global adversaries' intelligence gathering, and thereby wants no part of TikTok.

The governor said TikTok users' cellphone button-pressing can be tracked, passwords can be lifted and more malign behavior can be committed against U.S. citizens.

"[The CCP wants] to gather information about us because they hate us, and they have a long-term agenda to destroy the United States of America. Listen, we know the threat that China has been for decades and decades. They've manipulated their currency, stolen our IP, built up their military, threatened us and attacked our allies. We know what their agenda is," she said.

Tik Tok is a short-form video app that allows users to create and share fun content with added filters, music, animation and more.

Noem later added she is planning to address Chinese land purchases across the United States; taking action to stop Beijing from potentially getting ahold of the nation's food supply by buying up farmland or preventing spying activity potentially arising from cases like that of the Chinese land buy in neighboring North Dakota near a sensitive U.S. military installation.

"By purchasing land, they're gathering more and more control over us. We have a state law in South Dakota that bans them from buying – any foreign entity, actually – from buying more than 150 acres," Noem said.

"We're going to be addressing that again in January, though, in our legislative session, because I don't believe we should allow them to purchase any land or have long-term leases because of the threat that we face."

Noem concluded President Biden is "AWOL" on both fronts.

Find the latest updates on this story at FOXNews.com.