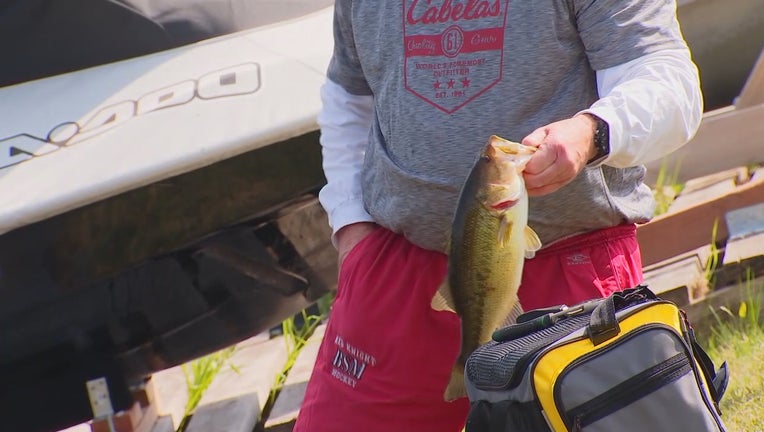 MINNETONKA, Minn. (FOX 9) - It wasn't the picture-perfect start for the fishing season, but nothing could stop some anglers from getting out for the opening day.

Last month, Governor Walz announced that the fishing opener would go on a planned but with some recommendations during the pandemic.

Complicating matters on Saturday, the weather wasn't perfect either. Many areas saw snow and below-average temperatures. But, that didn’t slow down fishermen like Chris Warren, who was having a great day when we caught up with him.

"I've only been out here about 10 minutes and I already have two largemouth bass, so no complaints," said Chris Warren.

"There's just something about opening day fishing," he added.

You can say that twice for opening day 2020. The Minnesota Department of Natural Resources released guidelines that forced some, like Jason Bever, to change opening day traditions.

"It’s a holiday and I usually get to fish with my cousin and really miss that this year, but hopefully next year get to do that again," he said.

Among the guidelines released, the Minnesota DNR asked people to fish “close to home." This means no overnight stays, bring all the supplies needed, and travel only as far as you can on a single tank of gas or single charge.

For Bever, that meant getting a little more acquainted with Lake Minnetonka.

"I've been fishing Minnetonka for about 10 years and, although it's my home lake, I'm not as familiar with it because I usually go up north for the home opener," explained Bever.

Along with fishing guidelines, the state also asked boaters to only go out with members of their household and stay six feet from other boats. if you’re on the shore, find a quiet area to cast your line.

"It's not too hard to social distance while you’re fishing, you just have to be smart about it," concluded Warren.

Among some of the other restrictions in place, the Minnesota DNR is asking people to buy their permits online to avoid crowding at license agents.