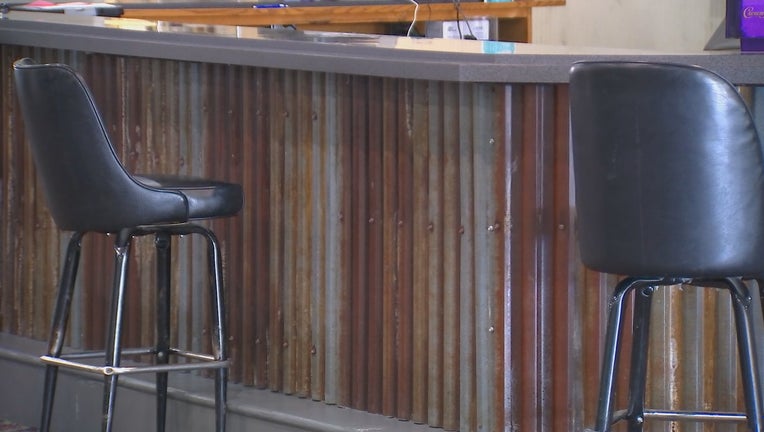 ALBANY, Minn. (FOX 9) - All eyes are on Minnesota Governor Tim Walz to see if he extends the stay-at-home order. But, one bar owner in Stearns County says order or not, he plans to open up on Monday.

The owner at Shady’s Hometown Tavern in Albany has five other bars and restaurants throughout the state and says he is planning to open them on May 18 to customers even if the state at-home order is extended.

A Minnesota bar owner will reopen his 6 establishments regardless of whether or not Gov. Walz extends the stay-at-home order.

“The to-go food has been awesome. We’ve had good local support in all of our towns, but it doesn’t pay all the bills, realistically,” said Kris Schiffler, owner of Shady’s Hometown Tavern.

So, Schiffler is taking matters into his own hands and opening all six locations to customers on May 18 with safety precautions in place, like hand sanitizer at each entrance, tables spread six feet apart and lots of additional cleaning.

"We’re not trying to be criminals or break the law," he said. "We’re trying to do this in the most orderly fashion possible. We really, really are."

He’s also been consulting with law enforcement and local leaders.

“We contacted our local sheriff’s department… the answer is ‘if we get a call we have to show up, and we have to set a report, but the report pretty much dies on the table.’ I don’t think they’re going to do anything after that,” Schiffler said.

Schiffler said he’s running out of options as a small business owner in a small town.

“We’re not Minneapolis. Maybe they’re not ready for it, but around here it’s either now or there’s not going to be any left,” he said.

Schiffler said not everyone is in support of the planned reopening on May 18, but he does emphasize if you feel sick stay home and you don’t have to come if you feel uncomfortable.