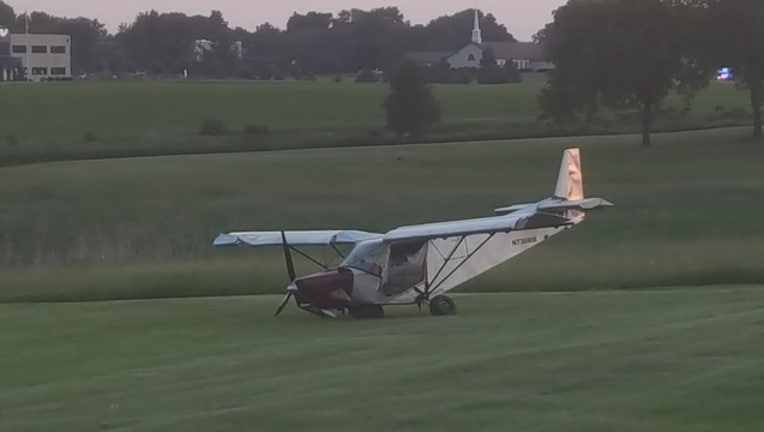 Sgt. Ben Schaap says just before 7 p.m. dispatch received a report of plane experiencing engine problems. The plane ended up landing in the 4000 block of County Road 37 in Maple Lake Township, less than a mile from the airport.

On board, were two adults. Neither were injured, but the plane did receive minor damage.

The NTSB and FAA will be investigating the incident.