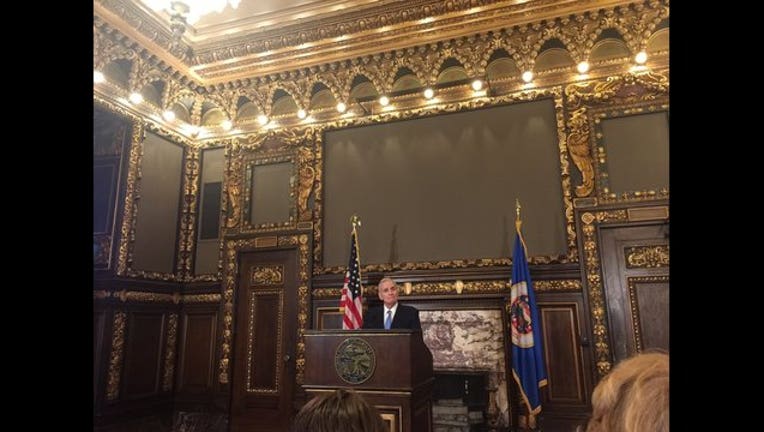 Few are uttering the dirtiest "s'' word in state government yet, but the prospect of another painful shutdown is looming. Democratic Gov. Mark Dayton and the Republican-controlled Legislature have until the May 22 deadline to finish the budget.

Here's a look at the last time the two parties clashed all the way into a government shutdown in 2011:

Then as now, Dayton was outnumbered by a Republican-controlled Legislature. But a $6 billion budget shortfall - rather than the current healthy surplus - raised the stakes even higher.

While Dayton looked to carry out a campaign promise of balancing the budget by taxing Minnesota's wealthiest earners, Republicans lined up major government funding cuts. The disagreement triggered the longest government shutdown in recent history.

Courts stepped in to avert massive service disruptions to veterans homes, public health programs and other critical services, but there was still plenty of pain when the state plunged into a shutdown July 1 of that year.

To start, 22,000 state workers were promptly laid off. State-backed road construction was halted, and rest stops across the state were closed down. Driver and Vehicle Services branches were largely closed down, meaning license renewals weren't possible.

Summer vacations took the biggest dagger, as state parks were closed and fishing and hunting licenses were no longer available.

In the end, both sides caved some to end the shutdown on Day 20. Dayton didn't get his tax increases, and Republicans agreed to less in funding cuts than they had said were necessary.

But the final agreement also relied on a handful of budgetary maneuvers, like delaying payments to public schools and a mix of borrowing, that took years to pay off.

Just two years after the GOP took full control of the Legislature for the first time in decades, Democrats stormed back to sweep Republicans out of power. With Dayton in office, they cashed in by passing a new income tax on the state's top earners, a minimum wage hike, legalizing same-sex marriage and more.

There was more to the power swap than just the budget meltdown, but the memories of the shutdown remain fresh for both parties.

WHY WE'LL HAVE ANOTHER SHUTDOWN

There's just over a week remaining to strike a deal, and both sides admit they've made little headway in resolving their massive differences.

Dayton wants a $46 billion budget, with extra funding to expand a prized preschool program and other priorities as he seeks to cement his legacy in his last two years in office. Republicans are pushing for less in government spending and a $1 billion package of tax cuts, far more than Dayton has deemed appropriate.

And the GOP seems to be preparing for a possible meltdown: They started sending their own budget bills to Dayton last week, an effort to portray the governor and his vetoes as the holdup to a timely conclusion.

WHY WE WON'T HAVE ANOTHER SHUTDOWN

Believe it or not, there's still plenty of time. Deals often materialize late and pass quickly at the Capitol. And even if lawmakers pass the May 22 deadline to finish a budget, they'll have more than a month to keep working at a deal before a shutdown would take hold.

And with a $1.65 billion budget in hand, neither party wants to explain to voters that they couldn't get their work done on time.