Operators of an oil rig in Huntington Beach waited more than three hours to shut down a ruptured pipeline despite receiving a low-pressure alarm early Saturday morning, and it appears a ship's anchor may have hooked the pipe and caused the leak, according to preliminary findings by federal investigators.

HUNTINGTON BEACH, Calif. - A ship’s anchor may have hooked, dragged and torn an underwater pipeline that spilled tens of thousands of gallons of crude oil into the ocean off Southern California, according to federal investigators who also found the pipeline owner didn’t quickly shut down operations after a safety system alerted to a possible spill.

Questions remained about the timeline of the weekend spill, which fouled beaches and a protected marshland, potentially closing them for weeks along with commercial and recreational fishing in a major hit to the local economy.

Federal investigators have released some preliminary findings about what may have caused an underwater oil rig to rupture and spill some 3,400 barrels of crude oil into Huntington Beach.

Some reports of a possible spill, a petroleum smell and an oily sheen on the waters off Huntington Beach came in Friday night but weren’t corroborated and the pipeline’s operator, Amplify Energy Corp., didn’t report a spill until the next morning, authorities said. 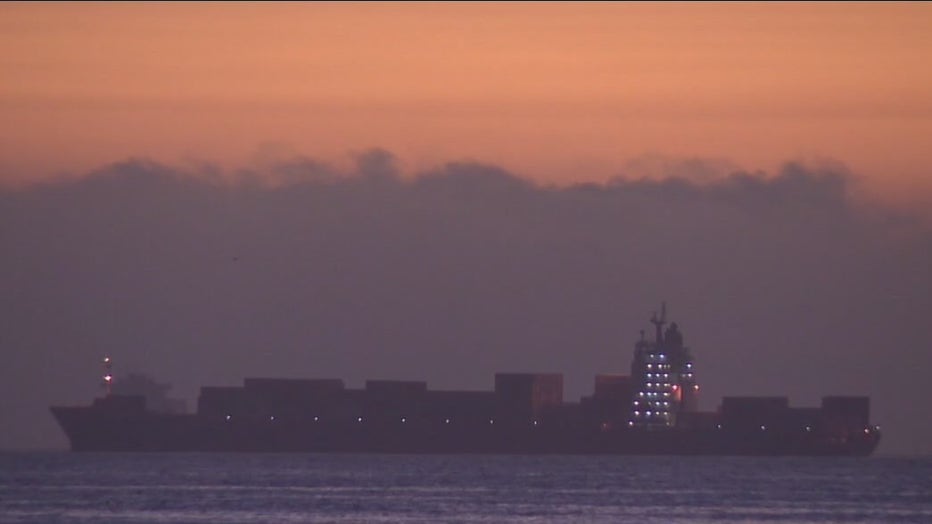 An alarm went off in a company control room at 2:30 a.m. Saturday that pressure had dropped in the pipeline, indicating a possible leak but Amplify waited until 6:01 a.m. to shut down the pipeline, according to preliminary findings of an investigation into the spill.

However, Amplify CEO Martyn Willsher insisted that the company wasn’t aware of the spill until it saw a sheen on the water at 8:09 a.m.

The company’s spill-response plan calls for the immediate notification of a spill. Criminal charges have been brought in the past when a company took too long to notify federal and state officials of a spill.

"The pipeline has essentially been pulled like a bow string," Willsher said. "At its widest point, it is 105 feet (32 meters) away from where it was."

Huge cargo ships regularly cross above the pipeline as they head into the gigantic Los Angeles-Long Beach port complex. They are given coordinates where they are to anchor until unloading.

Anchored cargo ships continually move because of shifting winds and tides and an improperly-set anchor weighing 10 tons (9 metric tons) or more can drag "whatever the anchor gets fouled on," said Steven Browne, a professor of marine transportation at California State University Maritime Academy. 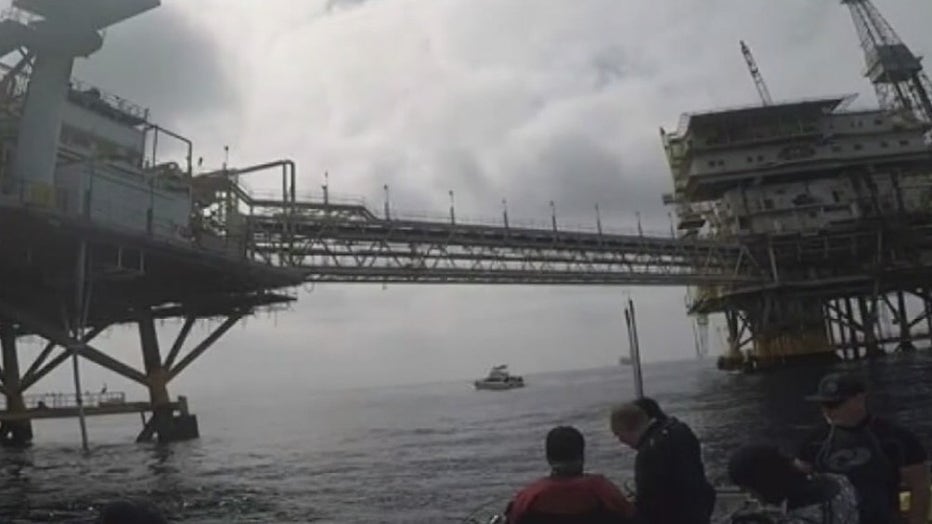 There was no indication whether investigators suspect that a particular ship was involved.

"We are going to make sure that we have answers as to how this happened, and to make sure that we hold the responsible party accountable," said Congresswoman Katie Porter, a Democrat who chairs the oversight and investigations subcommittee of the House Natural Resources Committee. She represents a district a few miles inland from the spill area.

The spill sent up to 126,000 gallons (572,807 liters) of heavy crude into the ocean but animal rescuers ashore have been pleasantly surprised to find few birds covered in oil.

A total of 5 aircrafts, 18 boats and 750 people are supporting the cleanup efforts. Unified Command stated that they anticipate on having 1,500 people help with cleanup by the end of this week.

According to Unified Command, approximately 5,544 gallons of oil has been recovered.

Meanwhile, Coast Guard officials defended their decision to wait until Saturday morning to investigate a possible spill first reported Friday night — some 10 hours earlier — near a cluster of boats that were anchored off Huntington Beach.

At 2:06 a.m. Saturday, the National Oceanic and Atmospheric Administration said satellite images showed the strong likelihood of an oil slick. The report was made to the National Response Center, a hazardous spill hotline staffed by the Coast Guard.

Residents in nearby Newport Beach had also complained Friday evening about a strong stench of petroleum, and police put out a notice to the public about it. 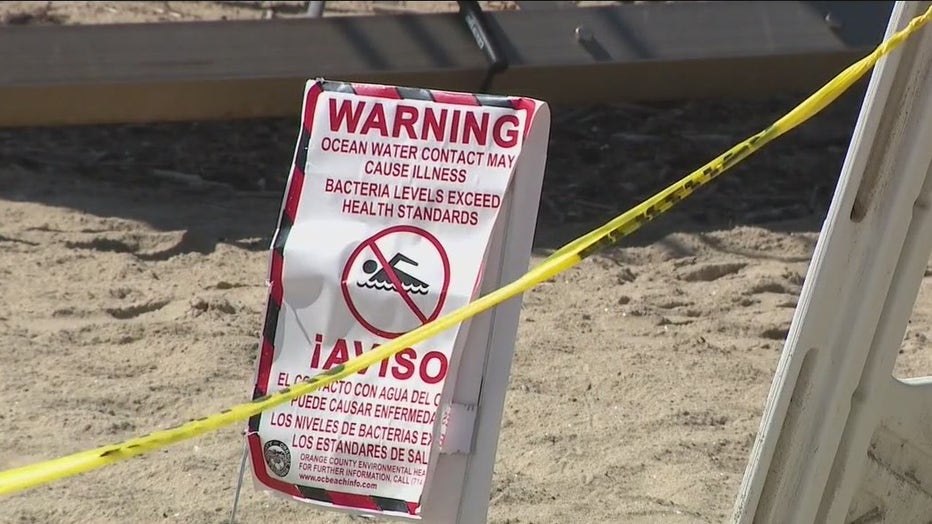 The Coast Guard was alerted to a sheen on the water by a "good Samaritan" but did not have enough corroborating evidence and was hindered by darkness and a lack of technology to seek out the spill, Coast Guard Rear Adm. Brian Penoyer told The Associated Press.

Penoyer said it was fairly common to get reports of oil sheens in a major seaport.

"In hindsight, it seems obvious, but they didn’t know that at that time," Penoyer said.

Speaking at a news conference Tuesday, Gov. Gavin Newsom repeated his calls for the U.S. to move beyond oil. Newsom last year signed an executive order banning the sale of new gas-powered vehicles by 2035.

"It’s time, once and for all, to disabuse ourselves that this has to be part of our future. This is part of our past," he said from Bolsa Chica State Beach, where he was joined by local, state and federal officials to discuss the spill.